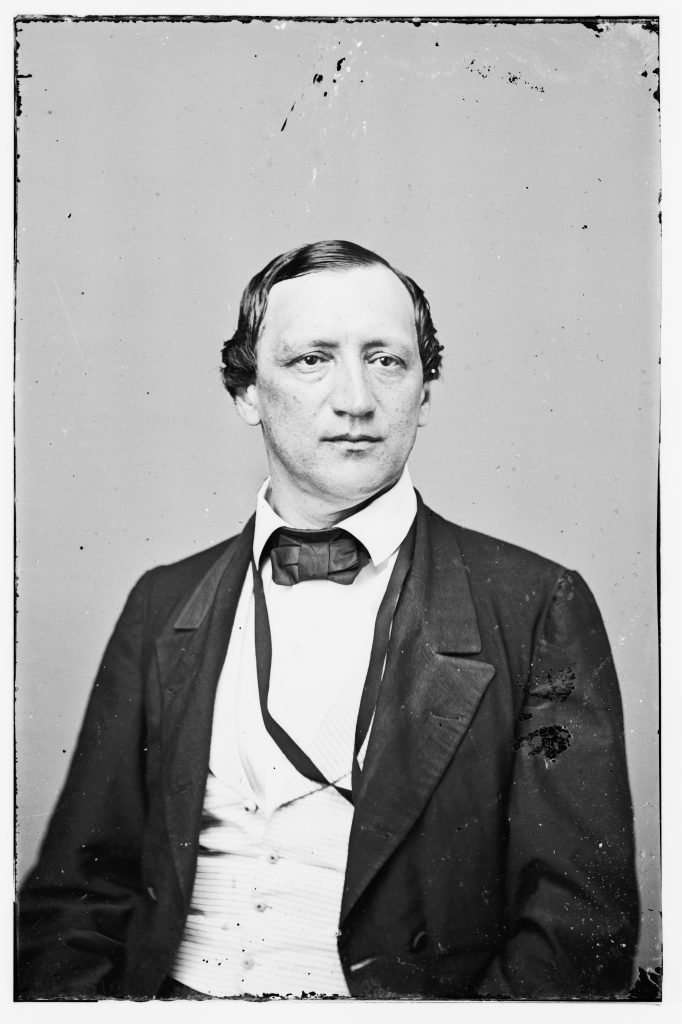 John S. Carlile is the subject of this portrait, probably made in Washington, D.C., in the mid-nineteenth century. An 1861 article in the Wheeling Daily Intelligencer noted that Carlile was "somewhat singular looking, being very sallow and angular in his face, flat on his head, compact and well-knit in his framework."

This image is part of the Brady-Handy Photograph Collection at the Library of Congress. The collection combines the work of Mathew B. Brady and his nephew Levin D. Handy, who ran several photographic studios in Washington, D.C. The majority of the negatives are portraits taken during and after the Civil War, but the collection also includes views of Washington, D.C.