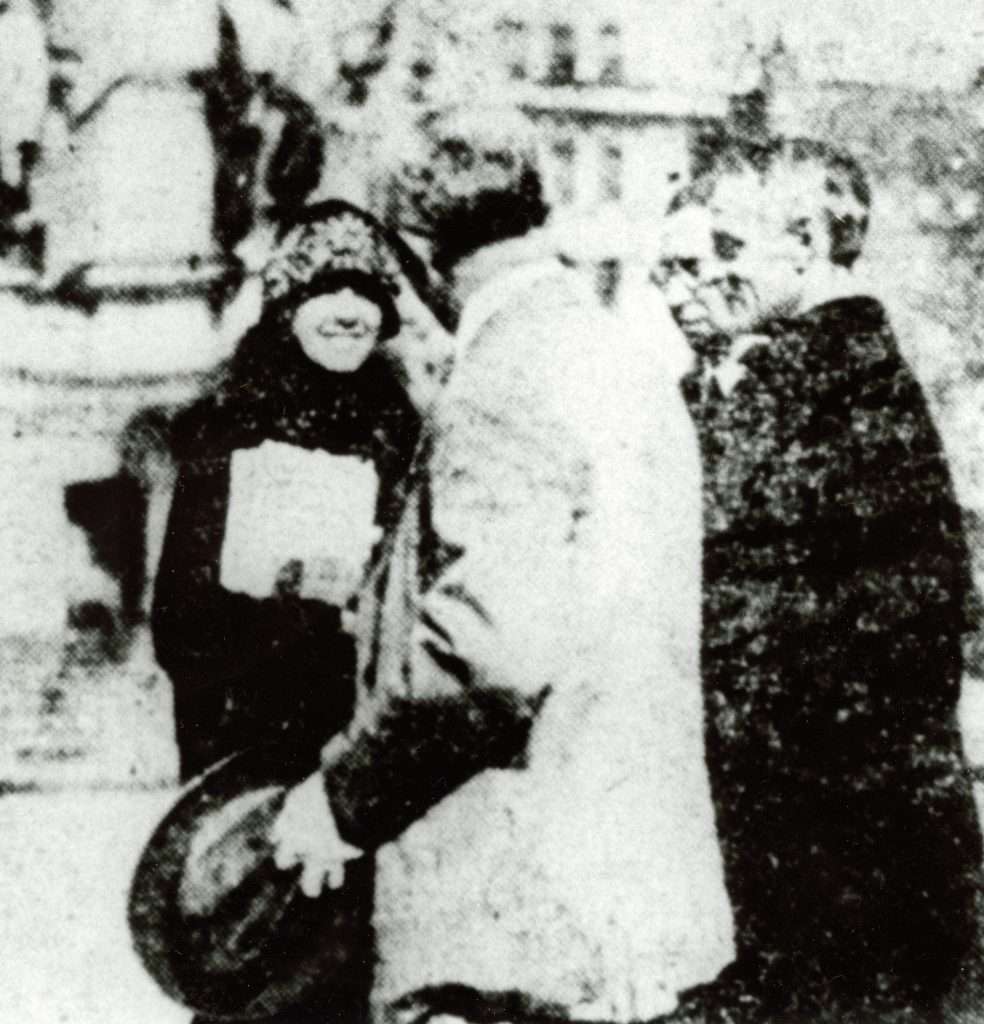 Sarah Lee Fain Meeting Other Delegates to the General Assembly

Sarah Lee Fain, along with her colleague Helen Timmons Henderson, was one of the first two women elected to serve in the Virginia General Assembly after the 1920 ratification of the Nineteenth Amendment to the United States Constitution, which gave women the right to vote. She became active in politics during U.S. involvement in World War I, engaging with a number of women's organizations to support the war effort. After the amendment passed, she became active in Democratic Party politics, and was elected to one of Norfolk's four assembly seats on November 6, 1923.