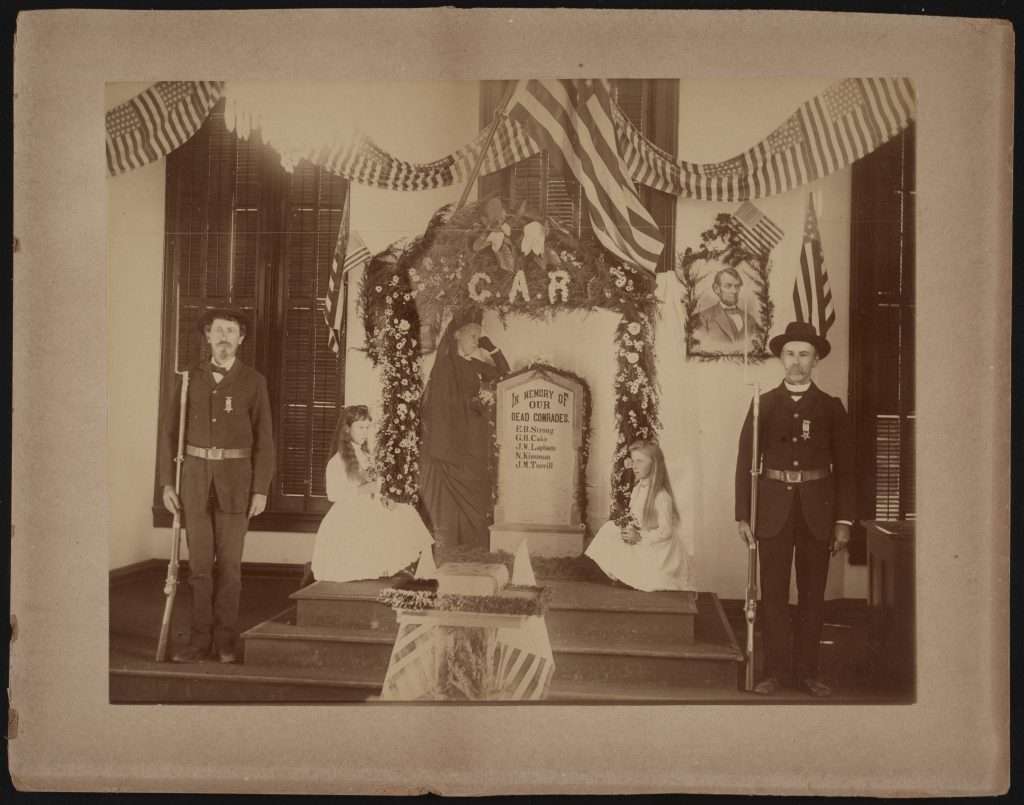 Grand Army of the Republic

An altar-like shrine honors five Union soldiers killed during the Civil War. A woman in mourning attire and two children holding flowers flank the memorial. American flags festoon the site, and a portrait of Abraham Lincoln hangs on the wall. Two Union army veterans who guard the shrine wear badges signifying their membership in the Grand Army of the Republic, a fraternal organization of former Union servicemen. The floral wreath surrounding the altar bears the initials of that national organization. This image is part of the Liljenquist Family Collection of Civil War Photographs at the Library of Congress.