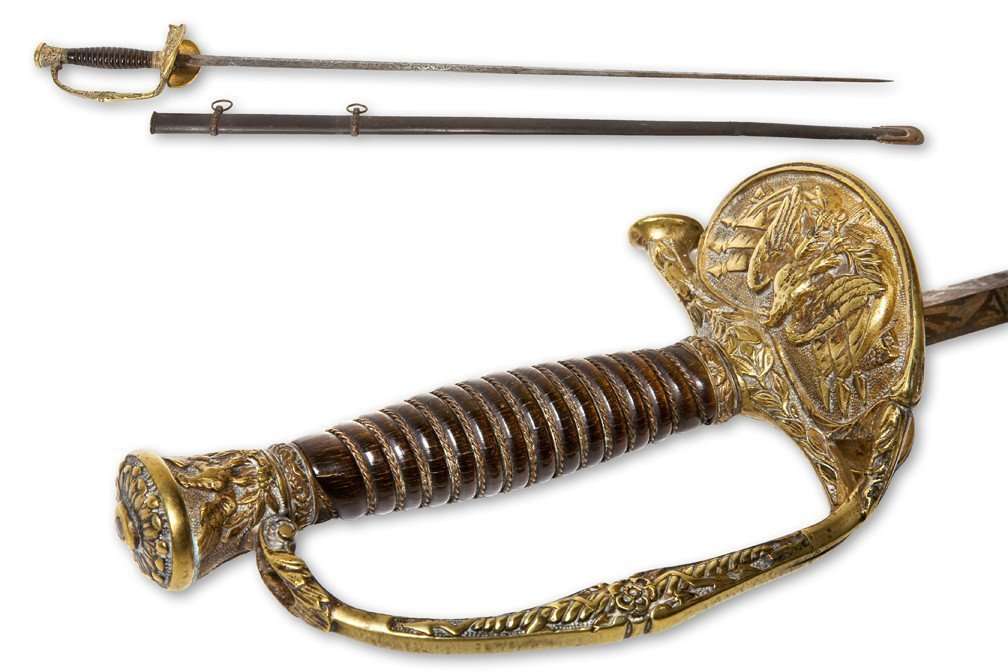 This sword, belonging to Union general Philip St. George Cooke during the Civil War, features a brass cross-guard and pommel, an etched blade, a polished wooden grip with twisted wire wrap, and a metal scabbard with brass mounts. A close-up of the sword's hilt can be seen in the foreground. The Great Seal of the United States, with the American eagle clutching both an olive branch and a number of arrows, is displayed in brass relief on the hilt's cross-guard. Cooke received this elaborate officer's sword in 1860. When the Civil War began a year later, Cooke, one of the Regular Army's top cavalrymen, chose to stay with the Union, writing, "I owe Virginia little; my country much." It was a decision that caused a long estrangement from his son, John Rogers Cooke, and a rift with his son-in-law, the future Confederate general J. E. B. Stuart.