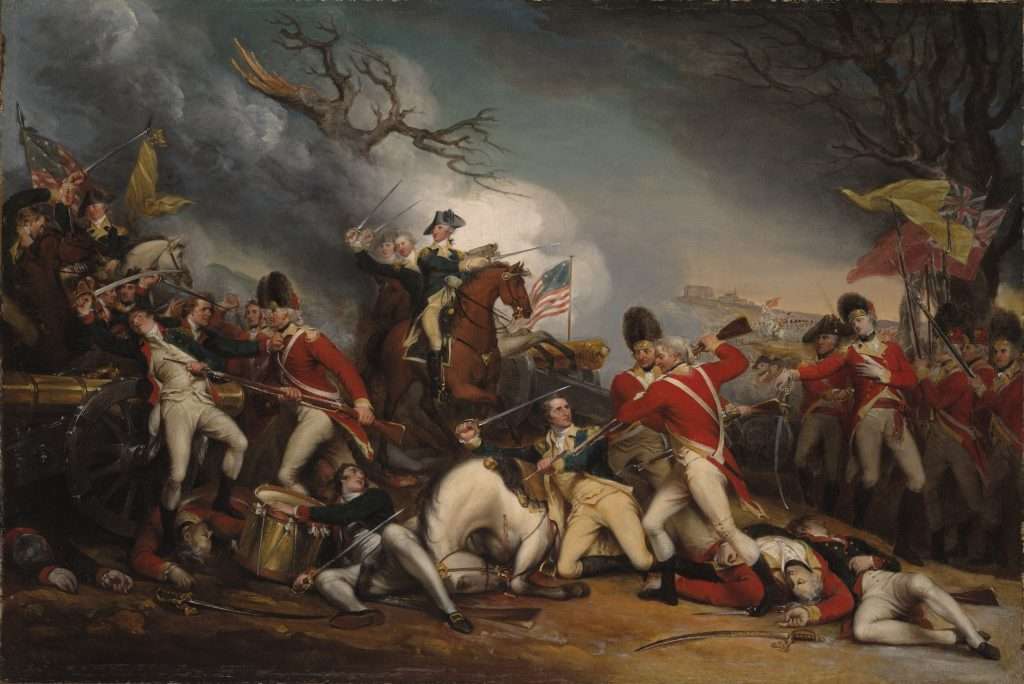 The Death of General Mercer at the Battle of Princeton, January 3, 1777

This painting by the artist John Trumbull depicts the moment during the Battle of Princeton on January 3, 1777, when General Hugh Mercer, at center, is attacked by British soldiers. Mercer, whose horse had been shot out from under him, suffered severe bayonet wounds and died nine days later. General George Washington, his sword drawn, arrives in the background and leads a charge against the British.