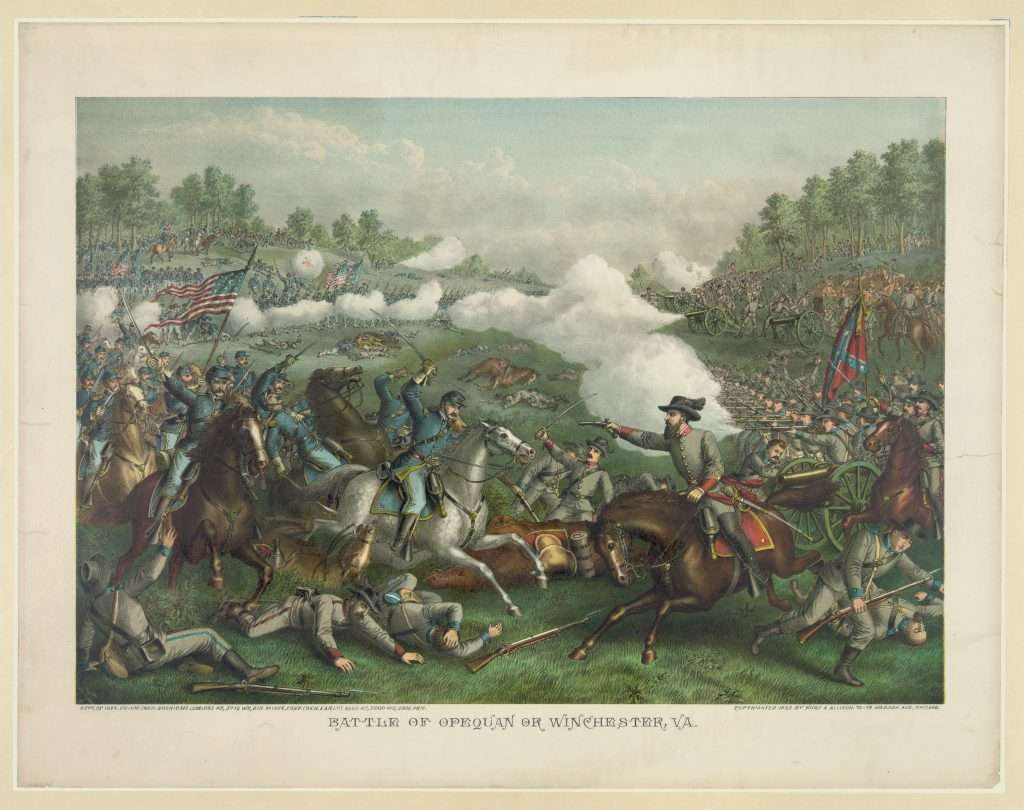 Battle of Opequon or Winchester, VA

A late nineteenth-century color lithograph captures the fierce fighting between cavalry and infantry units under Union general Philip H. Sheridan and Confederate general Jubal A. Early during the Third Battle of Winchester (also called the Battle of Opequon). The Union victory on September 19, 1864, proved to be the turning point in establishing northern control of the Shenandoah Valley. Among the Confederate casualties of the battle were Maor Geneneral Fitzhugh Lee who was wounded, and Colonel George S. Patton, who was killed. Patton's grandson and namesake would become a famous U.S. general during World War II.