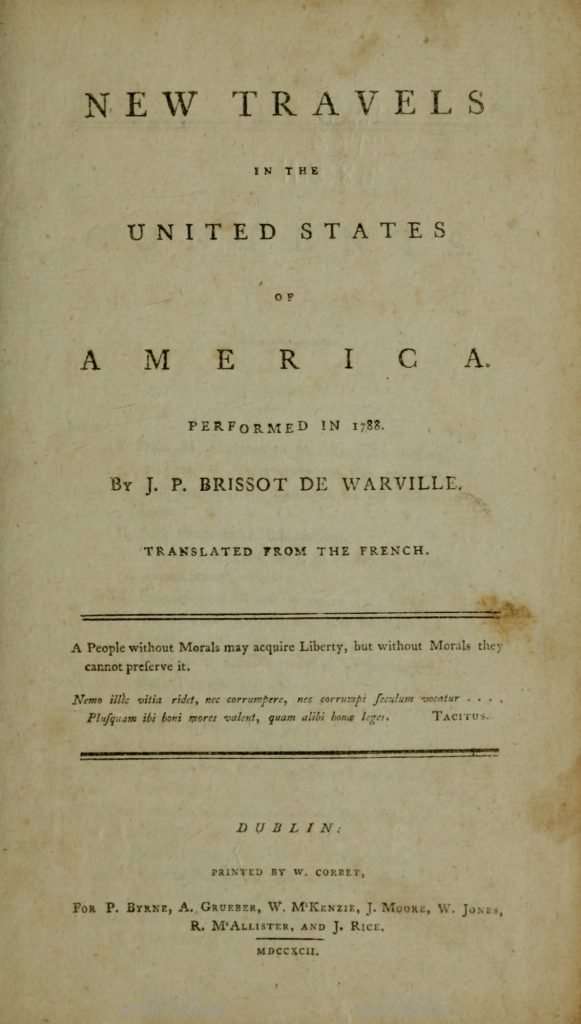 New Travels in the United States of America.

This is the title page of J. P. Brissot de Warville's New Travels in the United States of America, published in English in 1792. Brissot de Warville founded the abolitionist group Société des Amis des Noirs (Society of the Friends of the Blacks) in 1788, and later became a leader of the French Revolution. The year he founded the society he traveled to the United States, where he met with abolitionists and members of the Constitutional Convention to discuss American ideals. After his return to France, Brissot de Warville took a leading role in the French Revolution and was arrested and executed by the guillotine in 1793.