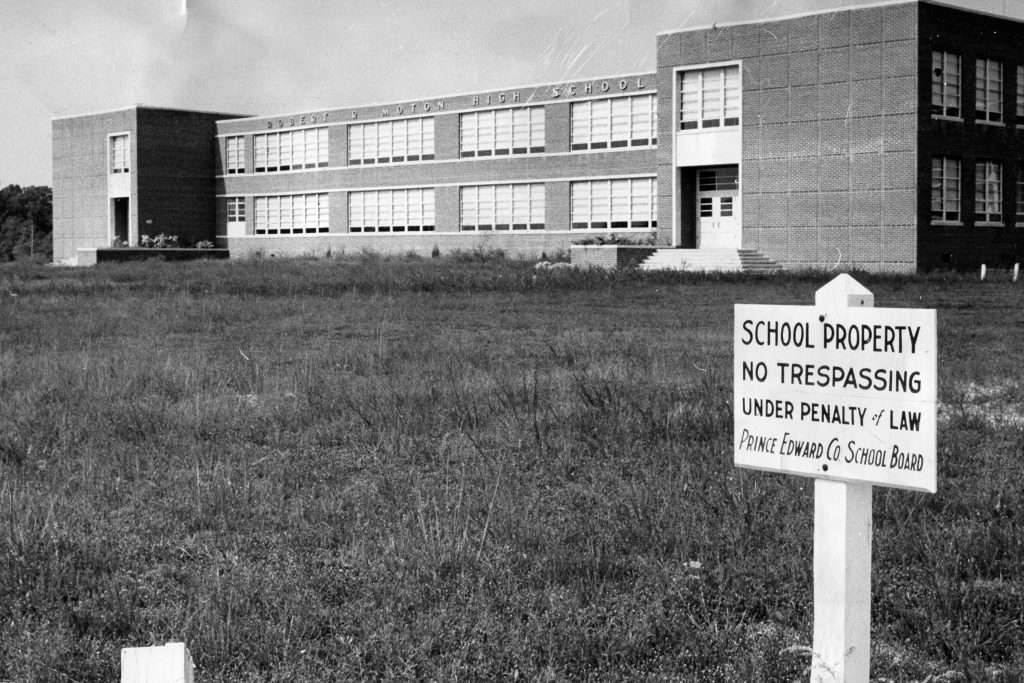 A photograph taken in July 1962 shows a sign warning citizens not to enter the grounds of the Robert R. Moton High School in Prince Edward County, an all-black school that had been closed in 1959 and did not reopen until 1964. The local school board chose to close all its public schools rather than desegregate them in compliance with federal mandates. This pattern of closing schools was part of a political strategy in Virginia known as Massive Resistance.