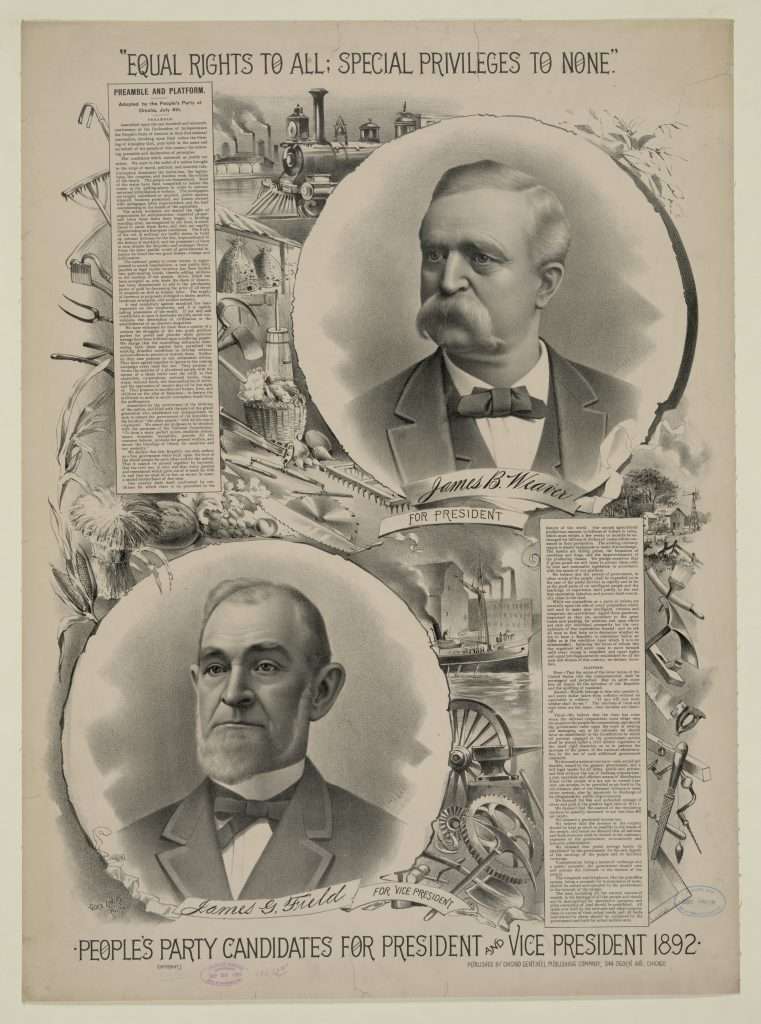 A political broadside promotes the candidates chosen at the national convention of the People's Party in Omaha, Nebraska, in the summer of 1892: James B. Weaver for president and James G. Field for vice president. The third party's platform promised "Equal Rights to All; Special Privileges to None." In the general election the Democrats, Grover Cleveland and his running mate Adlai E. Stevenson, defeated the People's (or Populist) ticket as well as the Republican one.