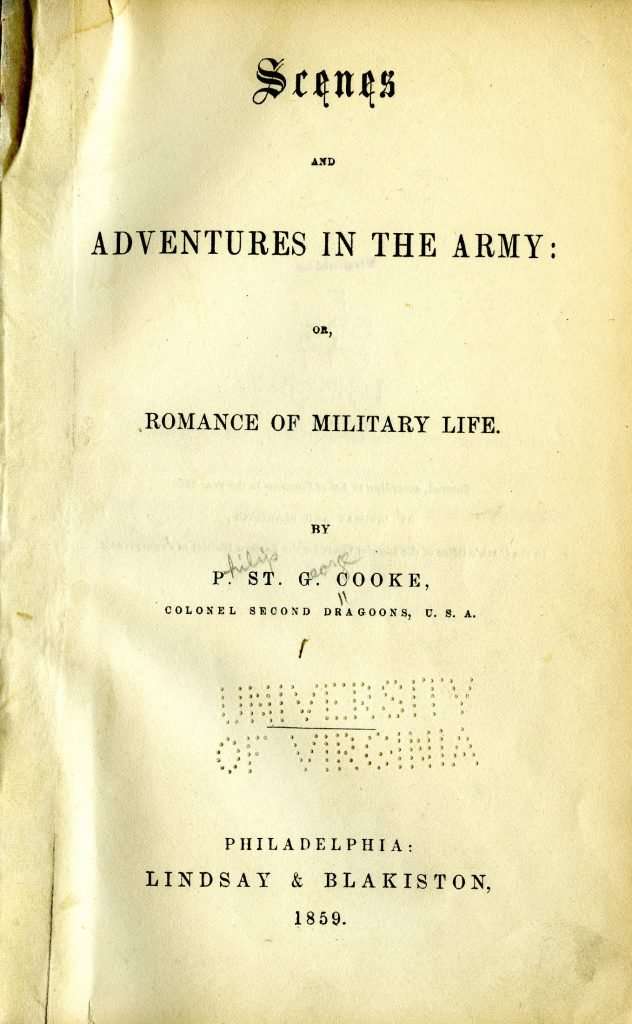 Scenes and Adventures in the Army: or, Romance of Military Life

Shown here is the title page for Philip St. George Cooke's memoir, Scenes and Adventures in the Army: or, Romance of Military Life, first published in 1857. Cooke, then a lieutenant colonel in the U.S. Army, described his extensive military service on the American frontier and included a detailed account of the various Native American tribes he encountered there. A West Point graduate and a lawyer, Cooke fought in both the Black Hawk War (1832) and the Mexican War (1846–1848). In addition, he helped to protect settlers on the Oregon Trail, fought Apache in New Mexico Territory, helped subdue Sioux in Nebraska Territory, helped restore order in Bloody Kansas, and led a thousand-mile march from Fort Leavenworth to Salt Lake City in an expedition against the Mormons in Utah Territory. In his memoir Cooke waxed poetic about the western landscape and its native peoples, finding both superior to the Europeans' "romance of ruins" and their love of "sonorous titles." In a passage dated July 4, 1845, he writes that the Old World was "stale, flat, and unprofitable" compared to