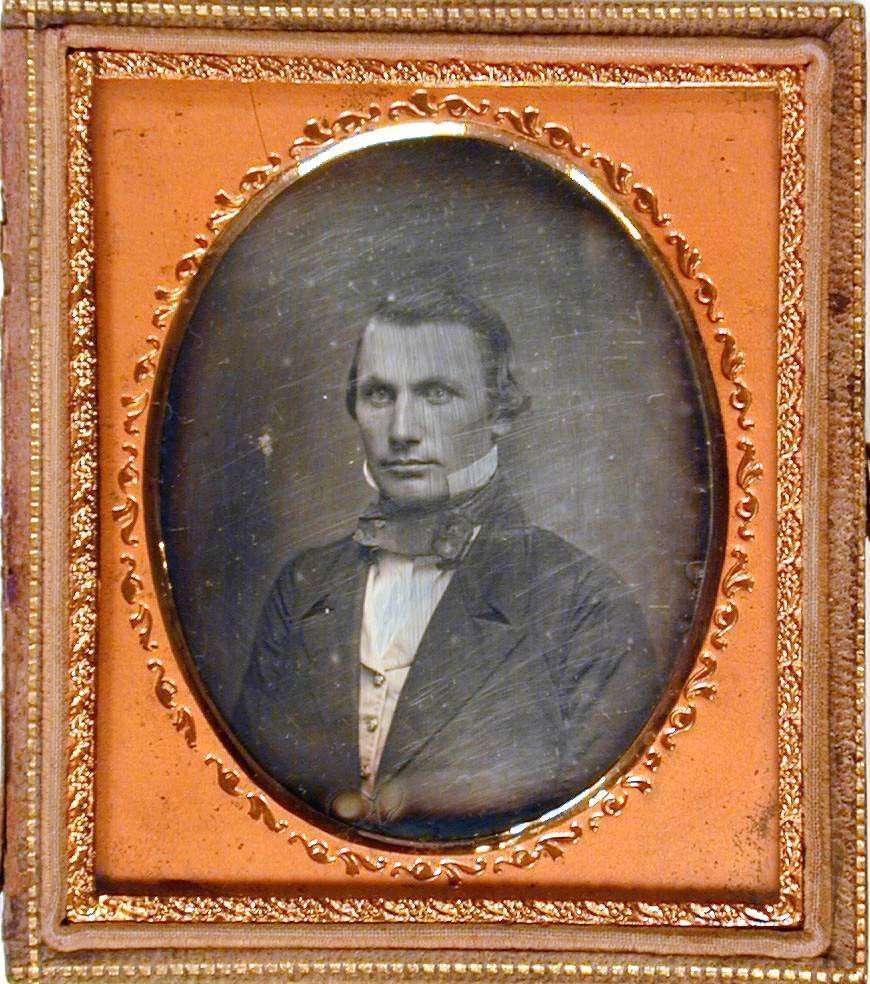 A clean-shaven J. E. B. Stuart poses for a daguerreotype in about 1854, the year he graduated from the United States Military Academy at West Point, New York. Stuart was teased by the other cadets about his supposed weak jaw, perhaps leading to the large beard that became his trademark.

This daguerreotype is credited to the Jesse Harrison Whitehurst Gallery. Whitehurst, a Virginia-born daguerreotypist, opened a chain of photo studios beginning in the 1840s. He eventually had establishments in New York, Baltimore, Washington, D.C., Richmond, Norfolk, Petersburg, Lynchburg, and Wilmington, North Carolina. It is not known which studio created Stuart's portrait.