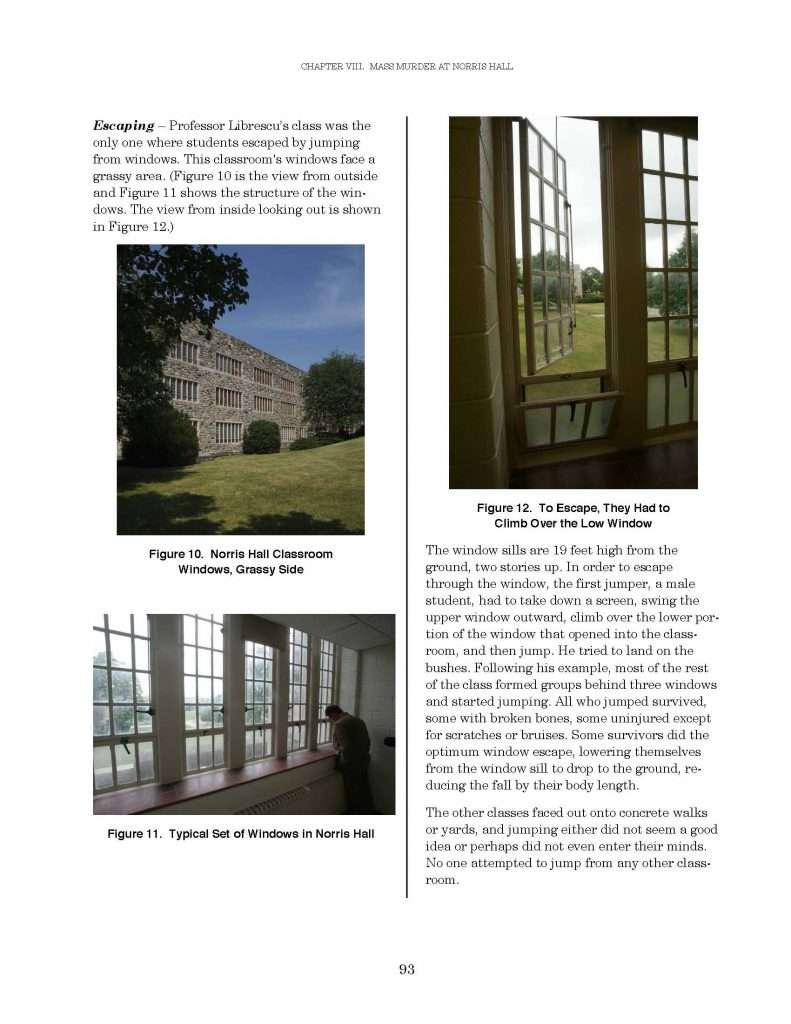 Photographs show Norris Hall, a classroom building at Virginia Tech University in Blacksburg, which was at the center of the April 16, 2007, mass shooting at the school, as well as the configuration of the windows inside the building. During the massacre Professor Liviu Librescu blocked the door so that his students could jump from the second-floor classroom. All who jumped survived; however, Librescu, a seventy-six-year-old Holocaust survivor, was shot and killed. These photographs are included in the official government report about the tragedy, Mass Shootings at Virginia Tech: Report of the Review Panel Presented to Governor Kaine, Commonwealth of Virginia.