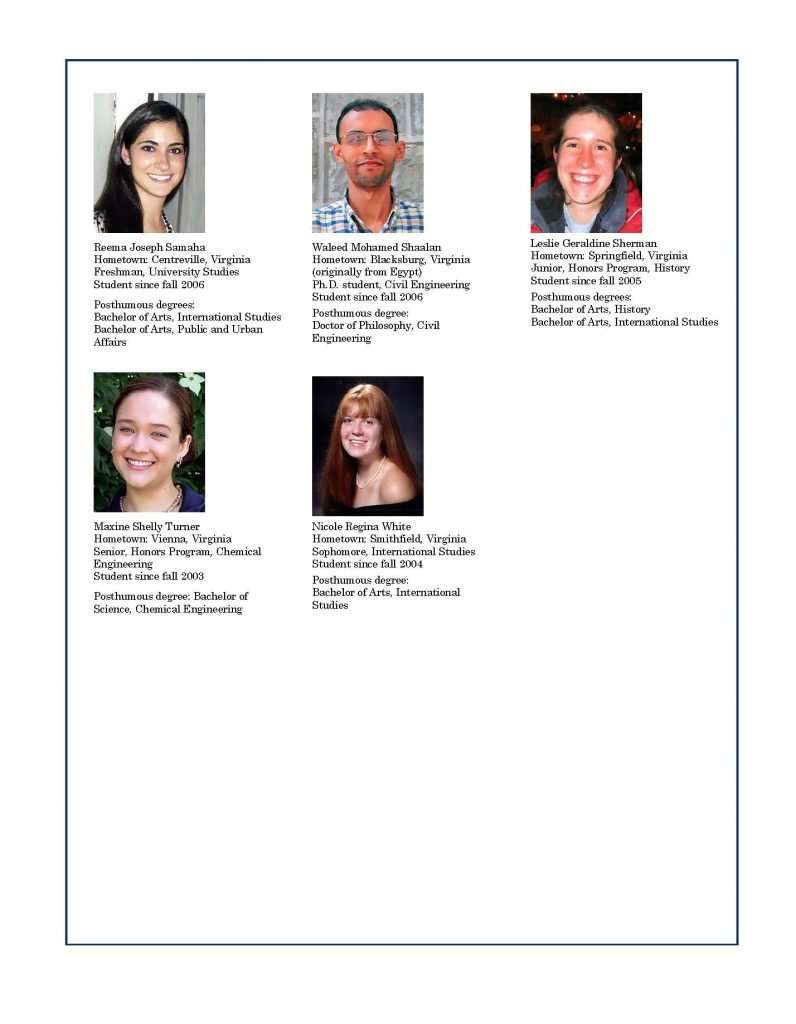 This is the fourth of four pages showing those killed at Virginia Tech University on April 16, 2007, during an attack by Seung-Hui Cho, a senior with a history of emotional and mental health problems. Cho shot and killed twenty-seven students and five faculty members before taking his own life. More than seventeen others were injured. These photographs appear in a government report issued after the massacre, Mass Shootings at Virginia Tech: Report of the Review Panel Presented to Governor Kaine, Commonwealth of Virginia.