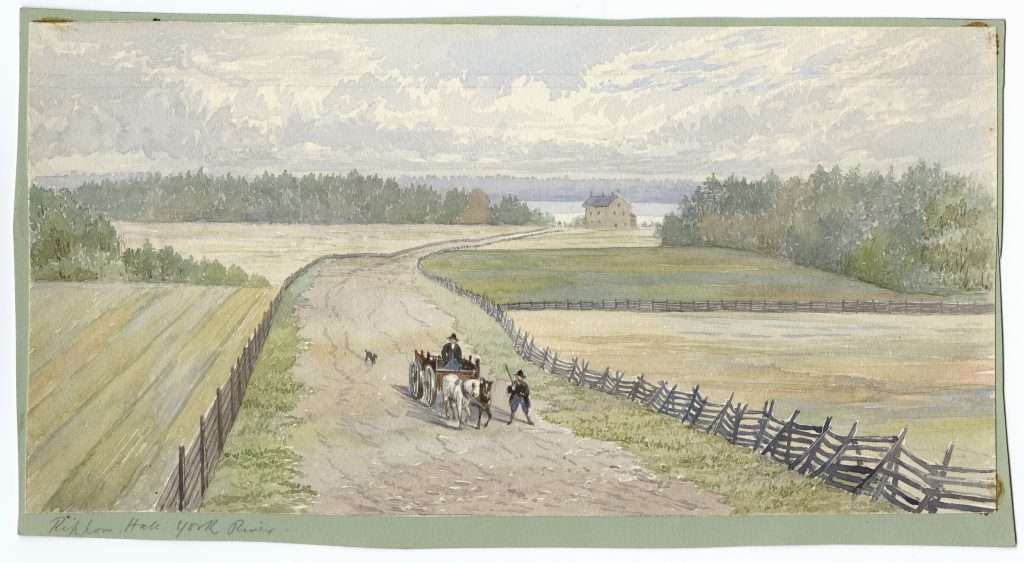 Ripon Hall, located on the York River some twelve miles above Yorktown, can be seen in the distance in this mid-nineteenth-century watercolor by artist Lefevre James Cranstone. The estate, once the home of Edmund Jenings, acting governor of colonial Virginia, was named after Jenings's birthplace in England, the town of Ripon in Yorkshire. After his death, the estate was claimed by Robert "King" Carter, one of the richest and most powerful Virginians of his day, as payment for debts owed him.

This painting by Cranstone is one of a series of six watercolors entitled Landscapes of Virginia.