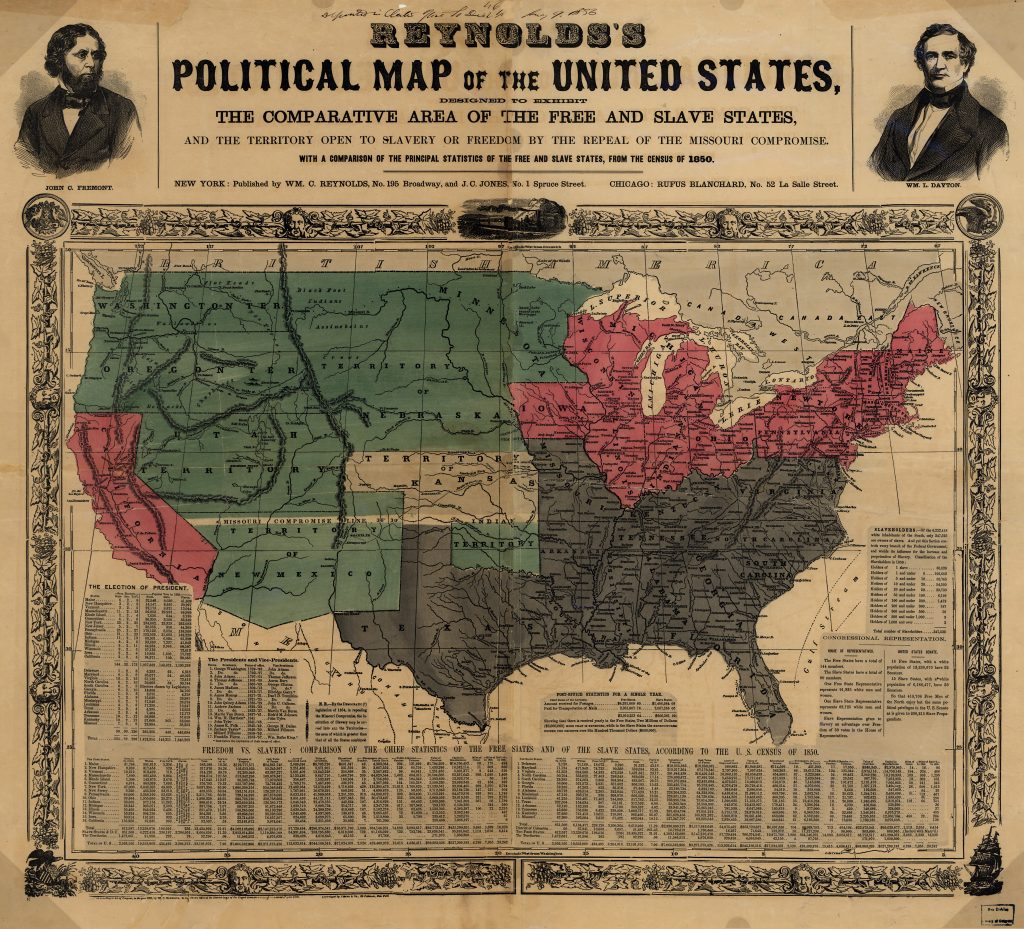 This political map shows the status of slavery in the United States in 1856, following the adoption of the Kansas-Nebraska Act in 1854. That act effectively repealed the Missouri Compromise of 1820, which had outlawed slavery in the former Louisiana Territory north of the line highlighted on the map. Pink-colored states were free in 1856; gray-colored states were slaveholding; the status of green-colored western territories was still uncertain; and Kansas, uncolored, was in the midst of a border war between antislavery and pro-slavery supporters.

The map was created to advance the 1856 Republican ticket of John C. Frémont for president and William L. Dayton for vice president, both of whom opposed the expansion of slavery into the territories. Engraved portraits of the candidates are shown above the map. A notation beneath the map states the following:

N.B.—By the Democratic (?) legislation of 1854, in repealing the Missouri Compromise, the institution of Slavery may be carried into ALL the Territories—the area of which is greater than that of all the States combined.

Statistics from the 1850 federal census are at bottom. The slave and free states are grouped separately, and detailed information is listed, including population totals according to race, as well as economic, and educational data. In a section at the bottom right of the map is a chart showing the number of slaveholders in the South, as well as a comparison of congressional representation between free and slave states.