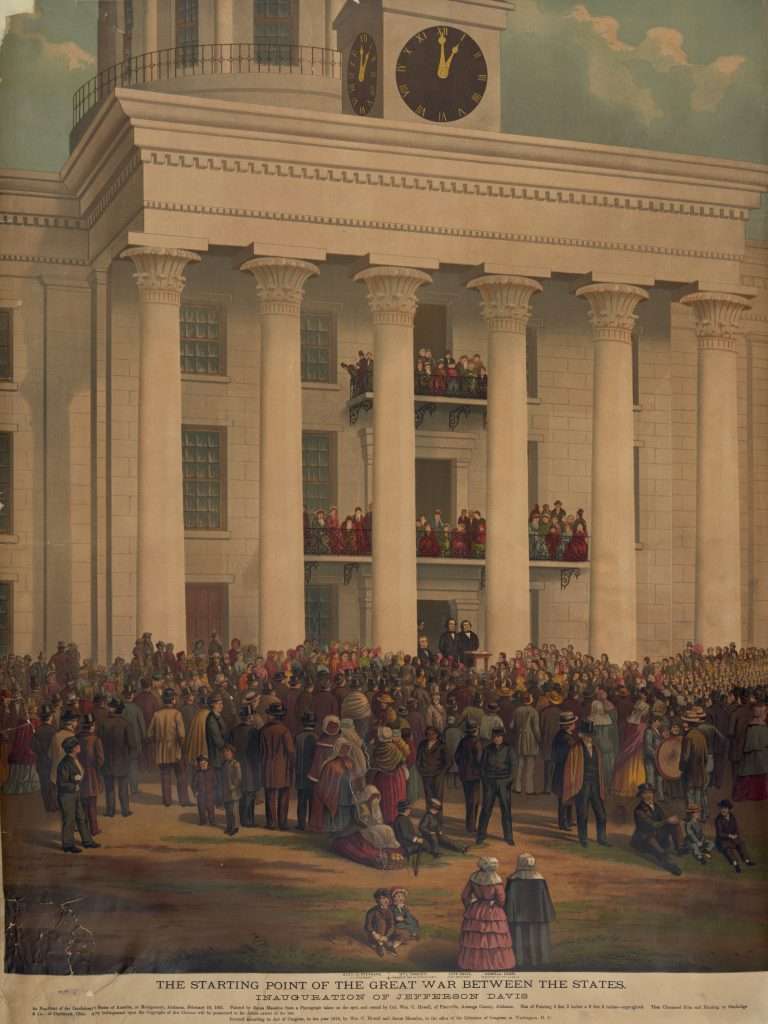 The Starting Point of the Great War Between the States

Jefferson Davis was inaugurated as the provisional president of the Confederate States of America on February 18, 1861, following his selection by a convention of seceded states meeting in Montgomery, Alabama. The event is remembered here in a reproduction of a James Massalon painting based on a photograph taken at the event by Confederate colonel William Howell. The publishers identify the scene as "The Starting Point of the Great War Between the States," in reference to the outbreak of the American Civil War (1861–1865) that same year. While historians debate the exact moment that the war began, Davis' inauguration—signaling the formation of a Confederate government—was certainly a critical event in the buildup to military combat.

The lithograph is based on a painting by James Massalon made for William C. Howell of Prattville, Alabama. The photographer is not credited, but he was Archibald Crossland McIntyre of Montgomery. The best surviving print of his photograph is in the Boston Athenaeum. Another is in a family collection in New Hampshire. A copy of the photograph, now in the Alabama Department of Archives and History, was deposited there by the photographer's niece Toccoa Cozart. McIntyre was not credited with the authorship of this image until 1912, when Dudley H. Miles published the earliest known half-tone of the photograph in the Illustrated History of the Civil War, crediting McIntyre with the original.