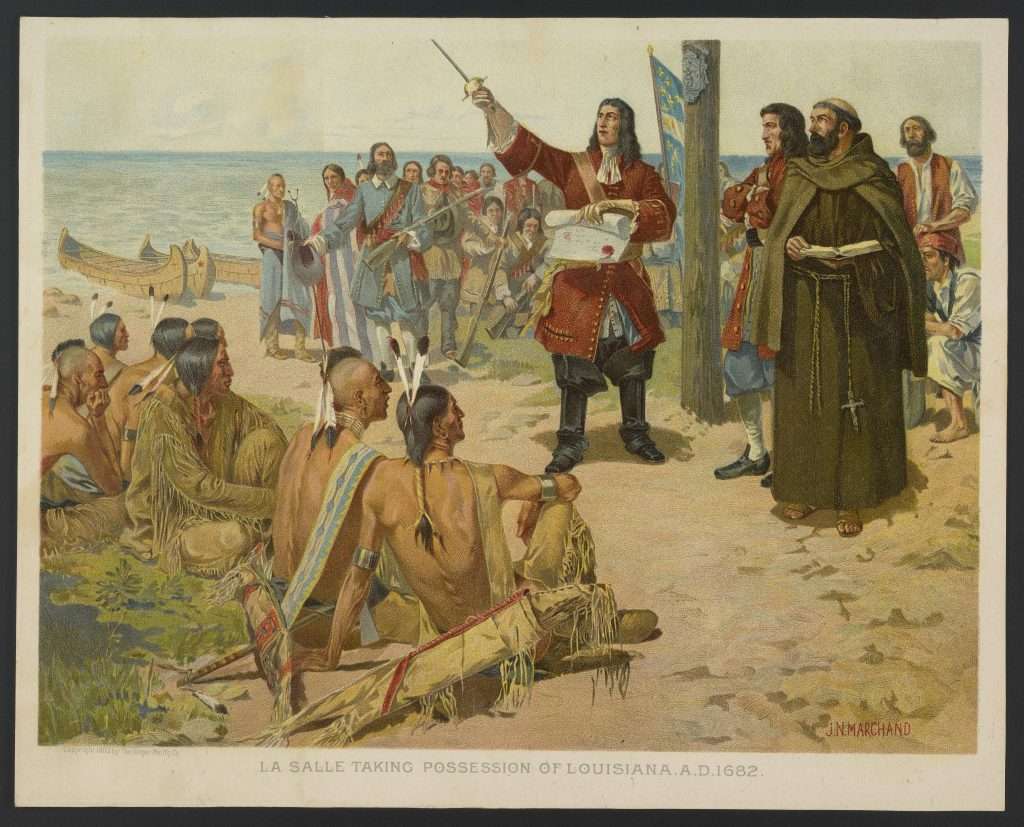 Raising his sword and unfurling an official document, the French explorer Robert la Salle claims the Mississippi River basin for France in 1682 and names it La Louisiane in honor of Louis XIV. This chromolithograph was produced by the Singer Manufacturing Company for a souvenir book published in conjunction with the Louisiana Purchase Exposition, also known as the Saint Louis World's Fair, which took place in 1904 to mark the centennial of the purchase.