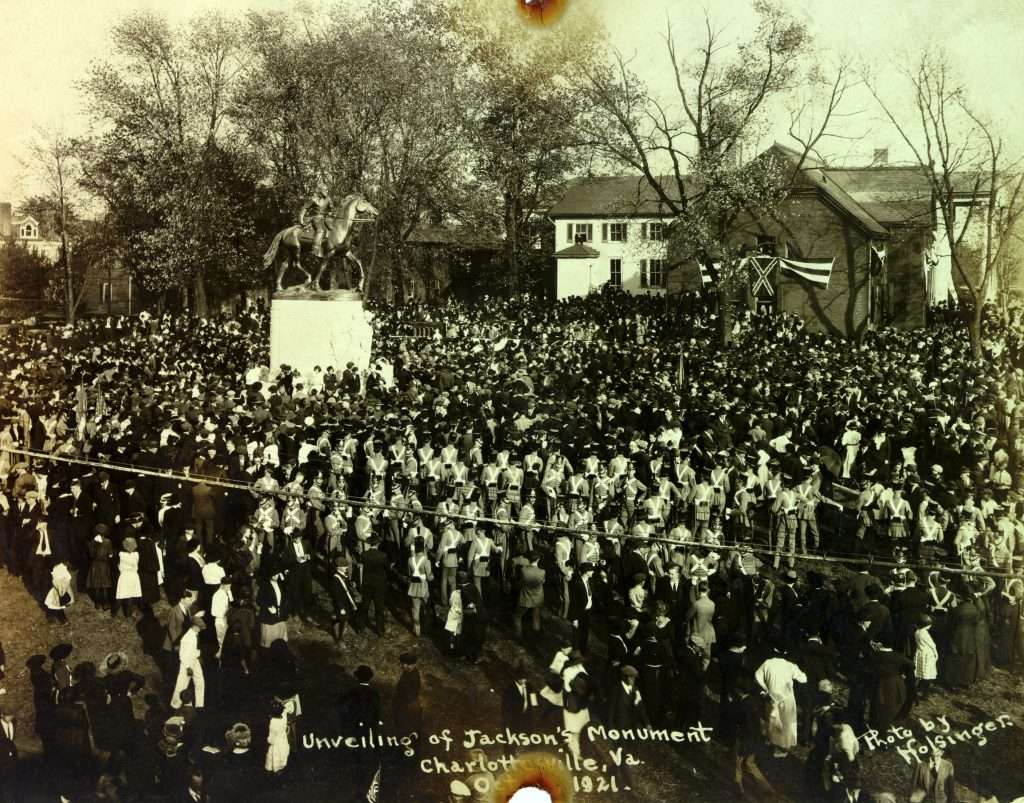 A crowd gathers in Charlottesville, Virginia, on October 19, 1921, for the unveiling of a statue of Confederate war hero Stonewall Jackson. Sculptor Charles Keck created the statue of Jackson and his horse "Little Sorrel"; they sit atop a marble pedestal facing south. The statue cost roughly $35,000 and was designed for a small city park donated by local civic philanthropist Paul Goodloe McIntire. (McIntire deeded the land to the city on the condition that the park would bear no other statue other than the one dedicated to Stonewall Jackson.) The inaugural ceremony took place during a Confederate reunion, and Jackson's great-great-granddaughter, Anna Jackson Preston, was there to unveil the statue.