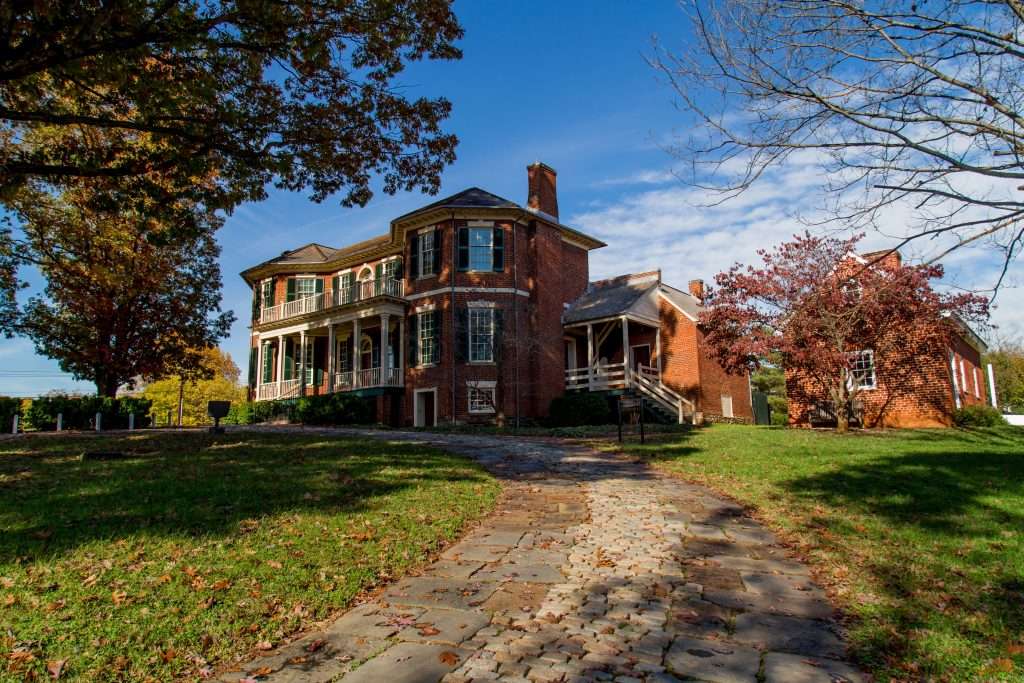 Point of Honor, a Federal-style brick mansion located on the outskirts of Lynchburg, sits atop a rise with a sweeping view of the city and the James River. Dr. George Cabell, a friend of Thomas Jefferson and physician to Patrick Henry, designed the house, which was completed in 1815 and later renovated. William Daniel Jr.—whose daughter married Cabell's son—inherited the house after she and her husband died of tuberculosis in 1830. For a time, members of the Langhorne family owned the house, including John S. Langhorne, whose granddaughters included Nancy Langhorne, later Viscountess Astor and the first woman elected to the British Parliament, and Irene Langhorne, who married the illustrator Charles Dana Gibson and served as the model for the "Gibson Girl," an idealized version of the modern independent woman.