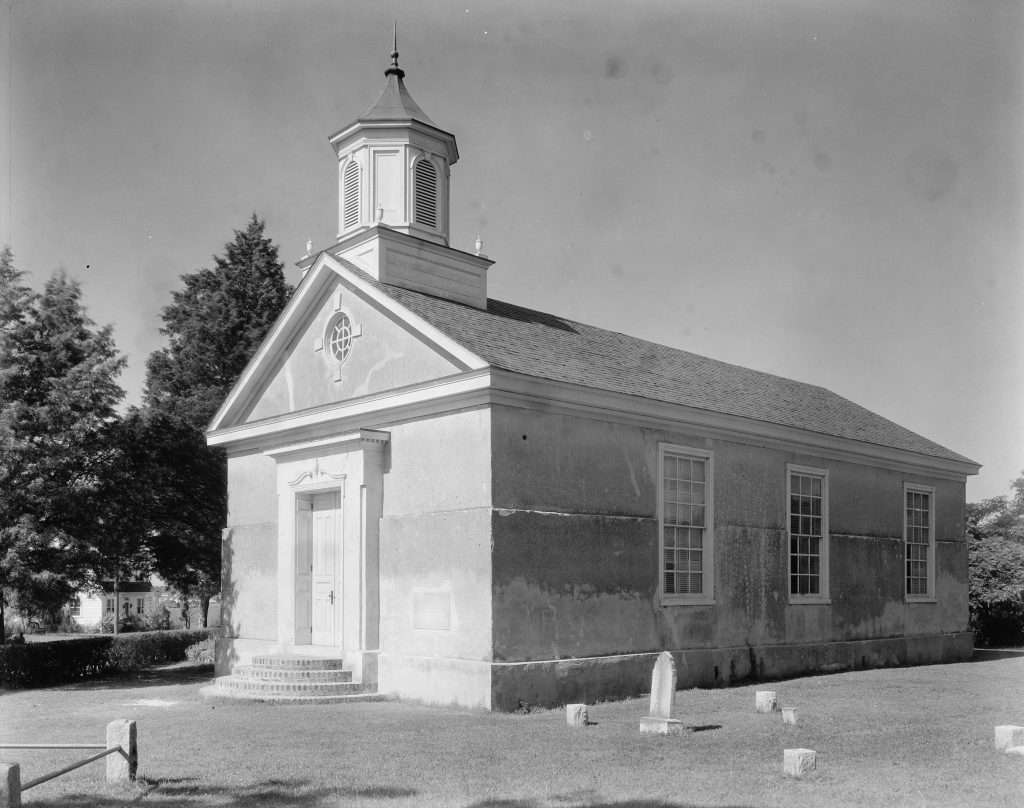 This is a 1930s image of Grace Church in York-Hampton Parish in York County. The original structure was built with mud as early as 1697. The British used the building as a magazine during the Revolutionary War, and the church was burned during a fire that consumed much of Yorktown in 1814. Originally T-shaped, the structure was rebuilt without a transept, leaving it with only a nave.

Frances Benjamin Johnston, a well-known photographer from Washington, D.C., took this photograph while documenting historic southern buildings and gardens as part of the Carnegie Survey of the Architecture of the South.