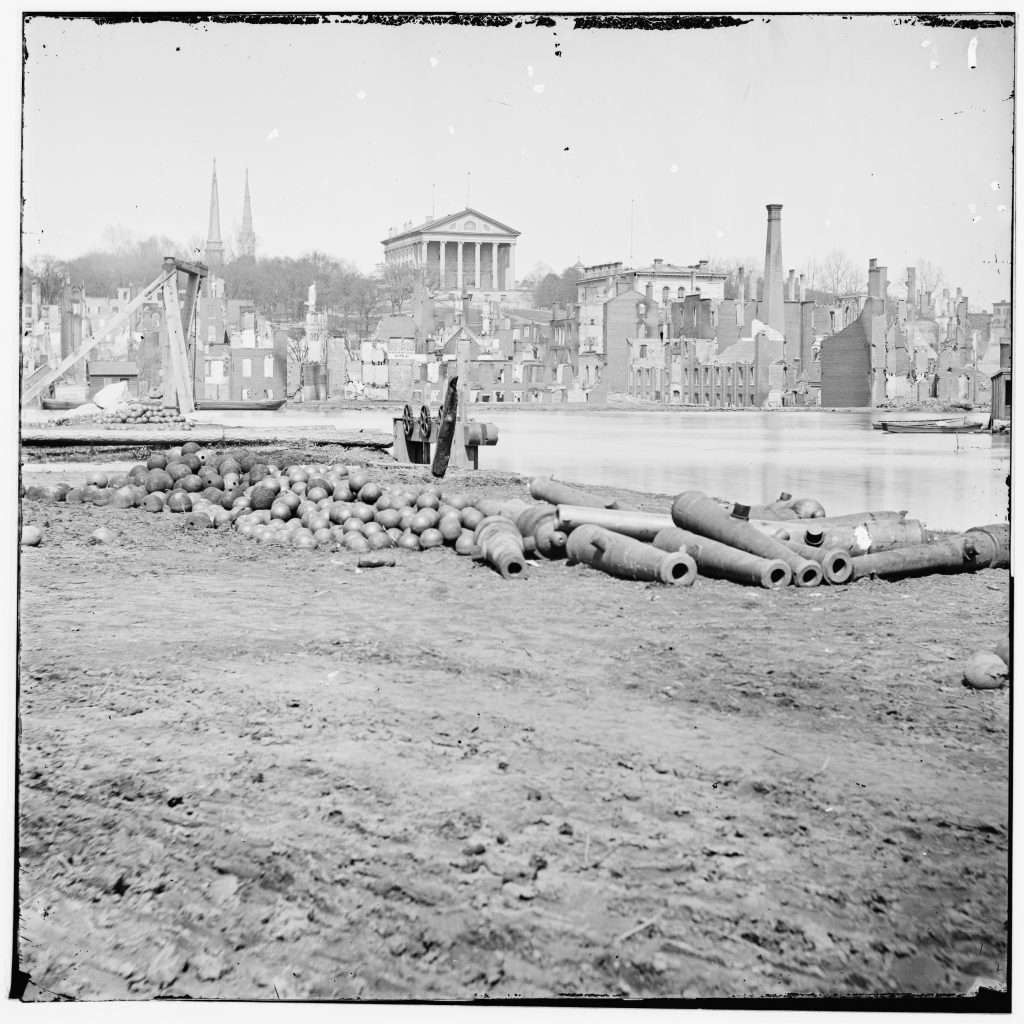 The Virginia State Capitol arises, unscathed, above the charred ruins of the so-called Burned District in this glass-plate image taken in the wake of the Confederate retreat from Richmond in April 1865. The last session of the Confederate Congress had been held in the Capitol on March 18, 1865; on April 2 and 3 the Confederate capital was hastily evacuated as fires spread out of control along Richmond's waterfront. Refugees from the flames flocked to Capitol Square for the safety of the open grounds. The arrival of Union troops at the Capitol on April 3 heralded the beginning of military occupation of the city. Union troops camped on the square and Union officers organized efforts to extinguish the conflagration raging just south of the Capitol.