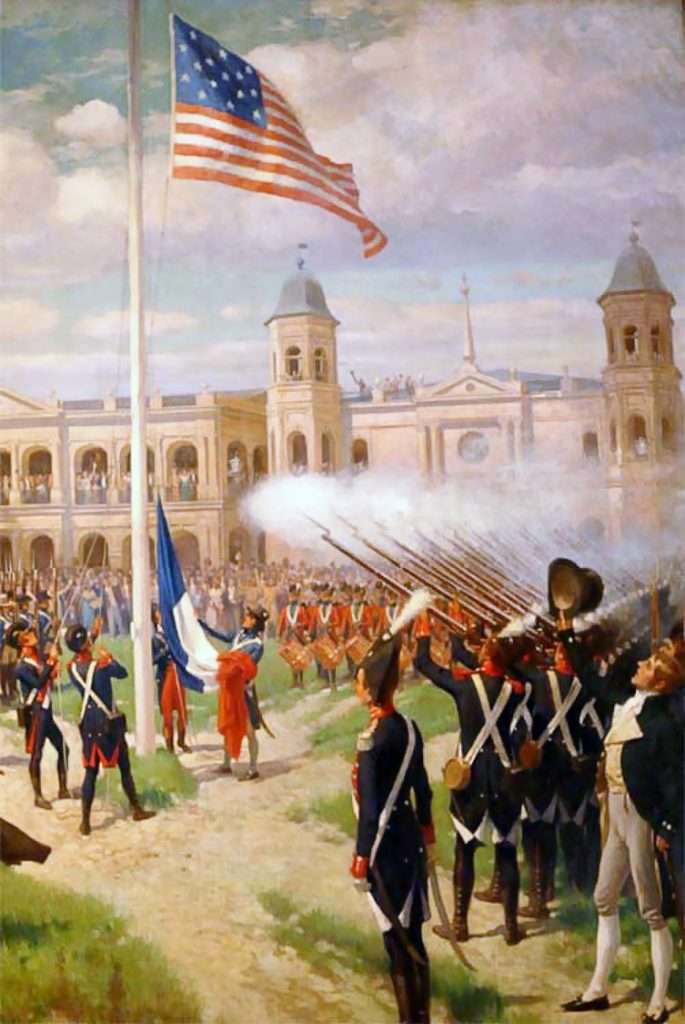 The French flag has been lowered and the American flag is raised with great ceremony for the first time in the Place d'Armes (now Jackson Square) in New Orleans. After its purchased was ratified, the United States took formal possession of the Louisiana Territory from France on December 20,1803. The Swedish-born artist Thure de Thulstrup was commissioned to recreate this scene for the 1904 Louisiana Purchase Exposition, also known as the Saint Louis World's Fair, which celebrated the centennial of the Louisiana Purchase. This painting hangs in the Cabildo, once the seat of the Spanish colonial government and the place where the official transfer of the Louisiana Territory to the United States took place. The Cabildo currently houses the Louisiana State Museum.