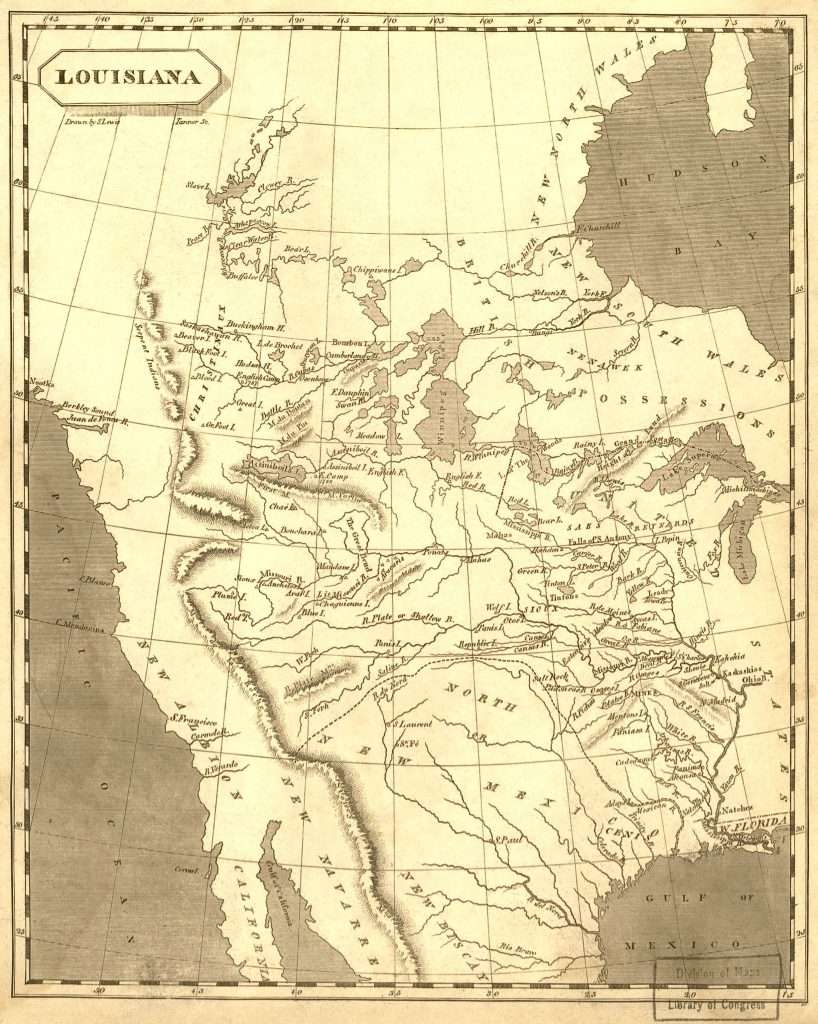 This engraved map of western North America is titled Louisiana. Published in Aaron Arrowsmith's A New and Elegant General Atlas (1804), the map was created after the 1803 Louisiana Purchase, which nearly doubled the size of the United States, but before the Lewis and Clark Expedition had explored the West and brought back its findings. Mistakes in the map include depicting the Rocky Mountains—called here the Stoney Mountains—as a very thin mountain range, and the complete absence of the Great Salt Lake.