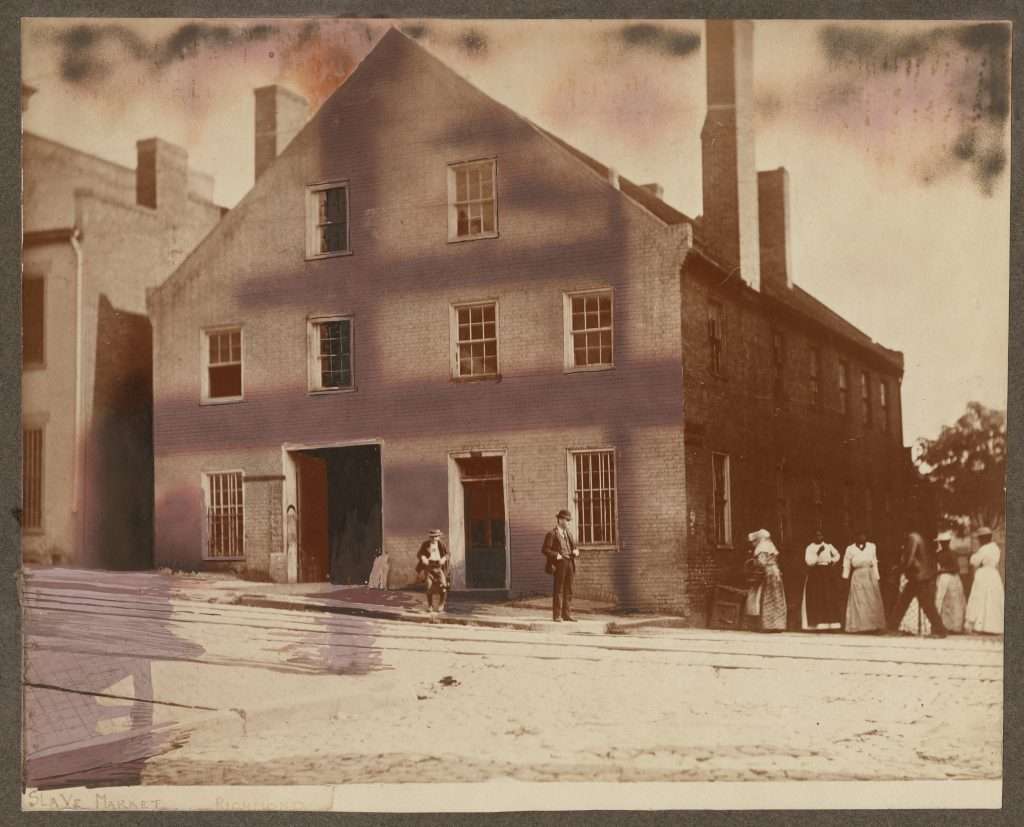 A group of African Americans stand at the corner of Franklin and Wall streets in Richmond, beside the building that once served as an auction room for slaves. Originally a tobacco warehouse, the building was later used by slave dealers, including R. H. Dickinson. This image was made by an unknown photographer before 1920, when the building was demolished.