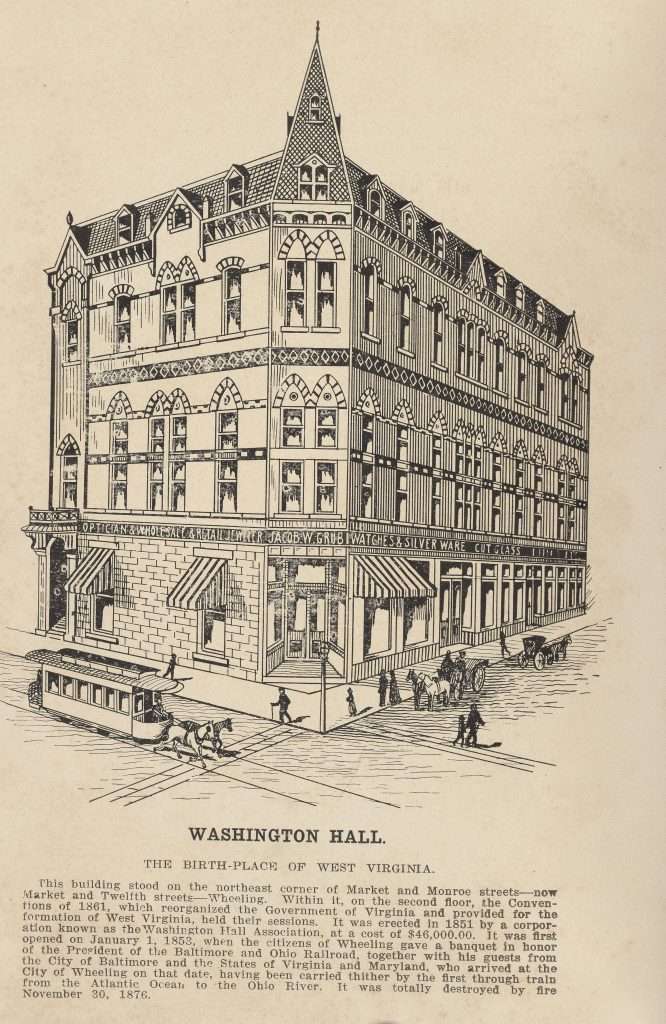 Washington Hall,at the corner of Market and Monroe streets in Wheeling, Virginia (later West Virginia), was the site of the First Wheeling Convention, an antisecession convention held May 13–15, 1861. After Virginians overwhelmingly voted to secede from the Union, the Second Wheeling Convention was held in June 1861 at the Custom House in Wheeling. Delegates called for the reorganization of the state government—the so-called Restored government of Virginia—which remained loyal to the Union during the war. The delegates met again in August 1861 and approved an ordinance to form a new state—what would become West Virginia. This line drawing was published in Virgil Anson Lewis's How West Virginia Was Made (1909).