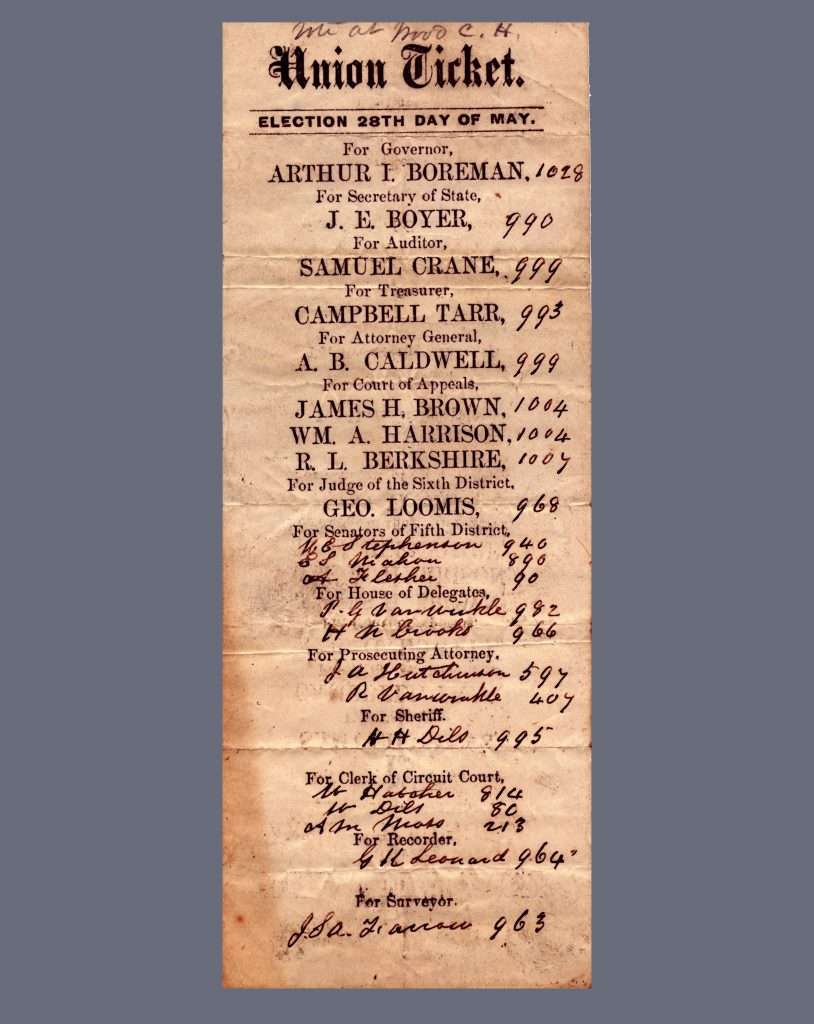 A printed ballot lists the Republican/Union party candidates running for office in the first election of officials for the new state of West Virginia. The election took place on May 28, 1863, and this ballot shows the vote totals each candidate received at the Wood County courthouse. Arthur Boreman won the election and became the first governor of West Virginia.