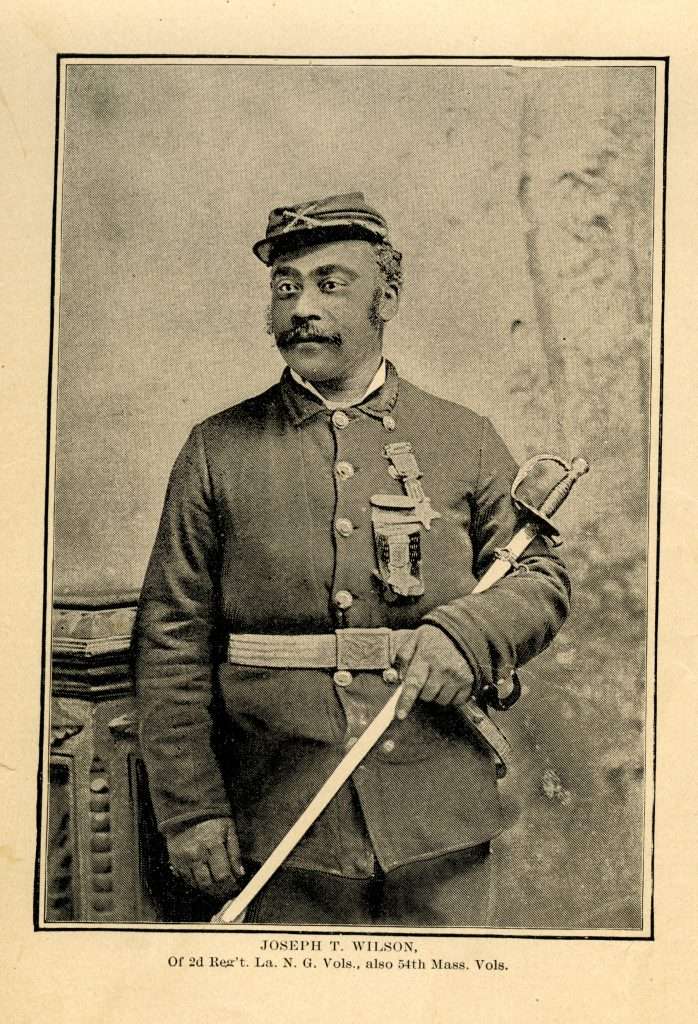 Joseph T. Wilson, who fought in the Union army during the Civil War, poses for this photographic portrait that serves as the frontispiece for his book The Black Phalanx: A History of the Negro Soldiers of the United States in the Wars of 1775–1812, 1861–'65 (1887). Several badges are pinned to his uniform jacket, including the one closest to his collar, which is a medal issued by the Grand Army of the Republic, a fraternal organization for Union veterans.