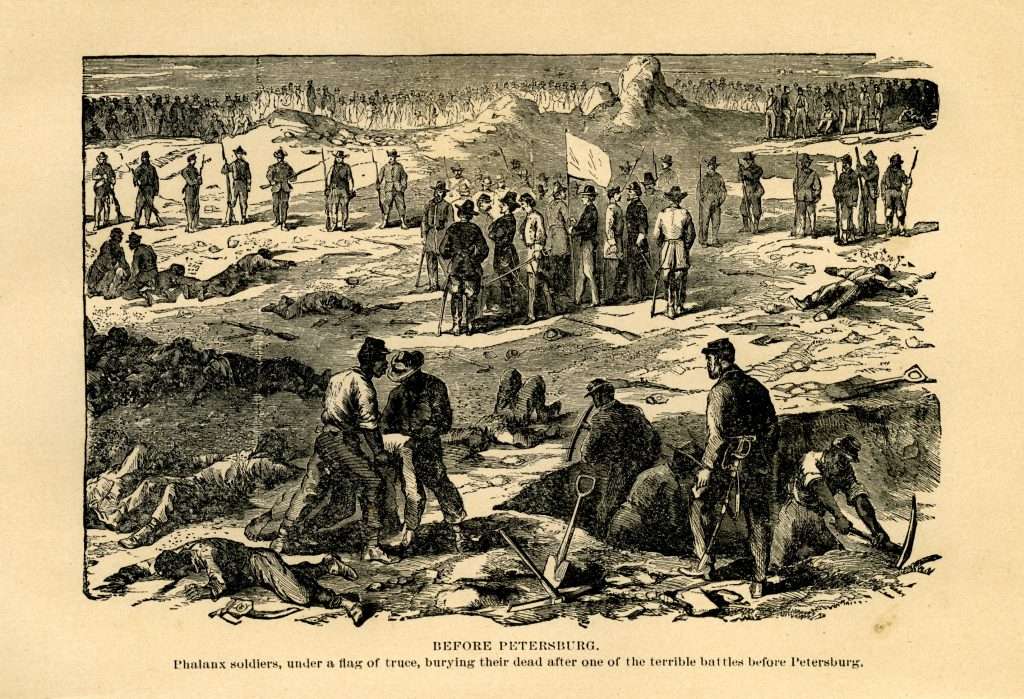 African American members of the Union army bury their fallen comrades after one of the many battles that took place during the Petersburg Campaign, a sustained contest to control the city that lasted from June 15, 1864, until Union forces took control of Petersburg on April 3, 1865. This engraining was published in Joseph T. Wilson's The Black Phalanx: A History of the Negro Soldiers of the United States in the Wars of 1775–1812, 1861–'65 (1887).