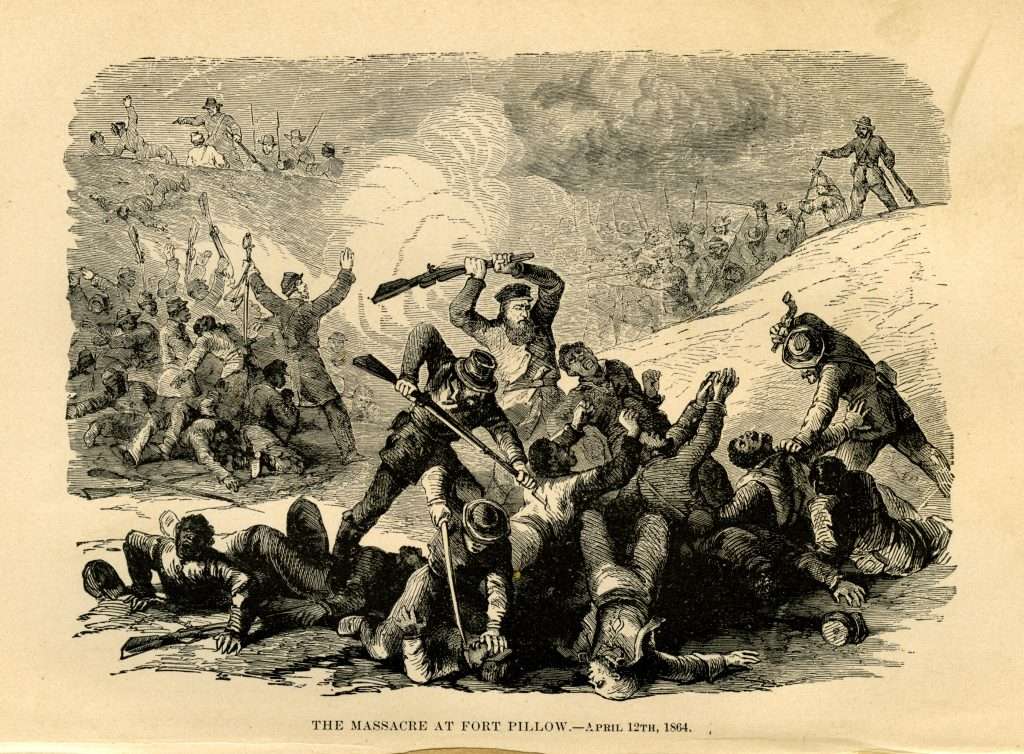 The Massacre at Fort Pillow.

This nineteenth-century engraving depicts the massacre of African American soldiers at Fort Pillow, Tennessee, on April 12, 1864. This image was published in Joseph T. Wilson's The Black Phalanx: A History of the Negro Soldiers of the United States in the Wars of 1775–1812, 1861–'65 (1887). Wilson referred to this attack as a "shocking crime of wanton, indiscriminate murder of some three hundred soldiers" merely because of their race. He further described the event as a "carnival of murder."