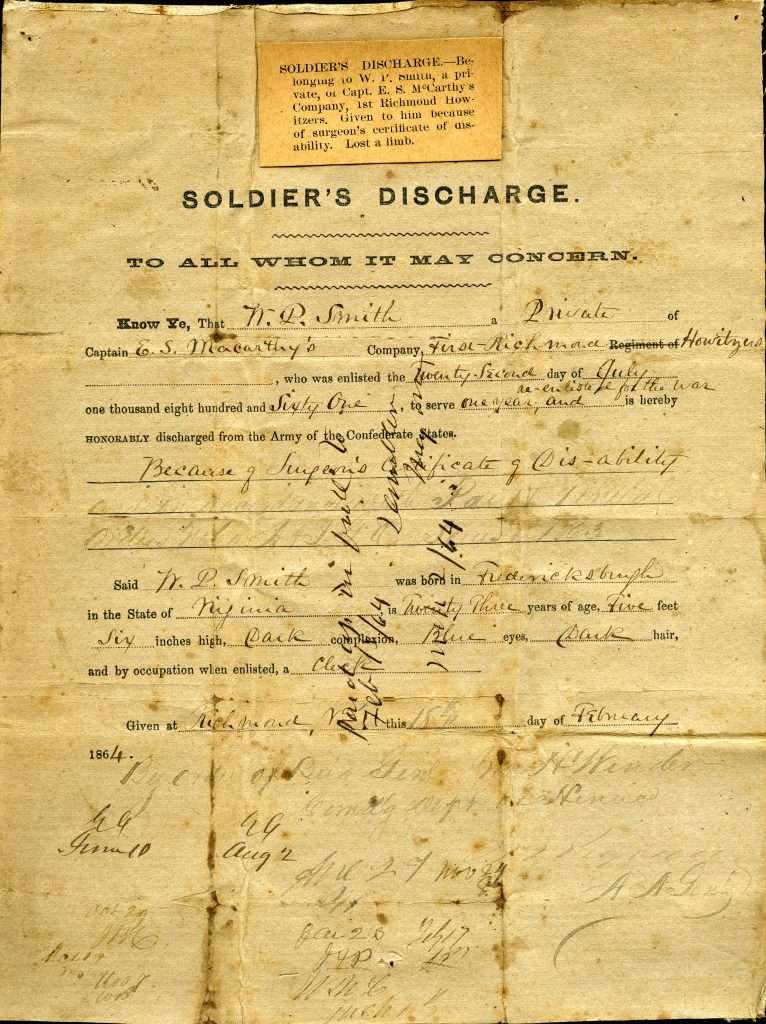 In this document, dated February 18, 1864, William Pritchard Smith, a private in the 1st Company of the Richmond Howitzer Battalion, is honorably discharge from Confederate service. Born in Fredericksburg, Smith enlisted in the Howitzers for one year on July 22, 1861, and then reenlisted for the duration of the war. Though described as being a clerk during his military service, Smith was hit by a shell on July 3, 1863, during the Battle of Gettysburg. His right leg was amputated below the knee. He was captured and sent to a hospital-prison in Baltimore, Maryland, before being exchanged and returned to a Richmond hospital. A handwritten notation across the form states that the twenty-three-year-old soldier had been paid in full up to February 1, 1864. After his discharge Smith was appointed to a position in the Confederate treasury department. After the war he was involved in several Richmond businesses and was a member of the Richmond Howitzers Association. He died in Richmond in 1903.