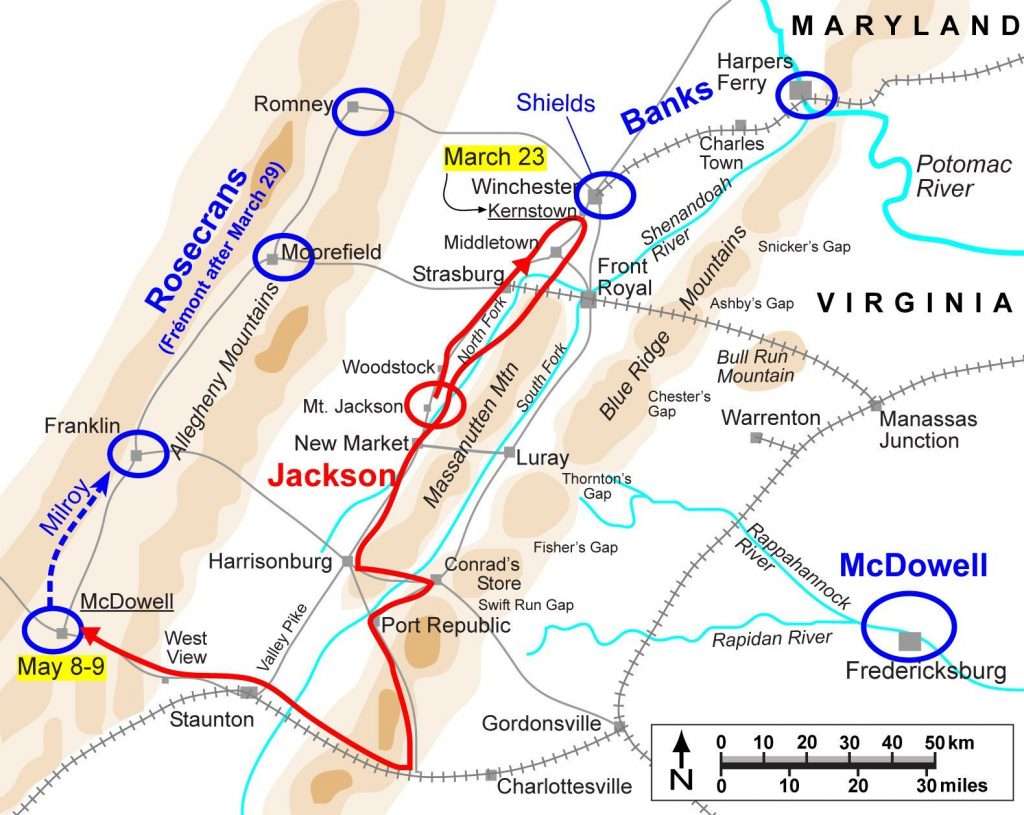 These maps illustrate Confederate general Thomas J. "Stonewall" Jackson's Shenandoah Valley Campaign of 1862. In the spring of 1862, Confederate authorities directed Jackson to create a diversion in the Valley and draw Union attention away from Richmond. Jackson's small force confronted three small Union armies: those of John C. Frémont to the west, Nathaniel P. Banks to the north, and Irvin McDowell to the east. In order to succeed, Jackson would have to avoid entrapment by these multiple armies. Jackson pushed his men to their limit during the campaign, staging long marches up and down the Valley. After losing to Banks at Kernstown on March 23, Jackson retreated up the Valley (that is, in a southerly direction), and then moved westward to push back two of Frémont's brigades under Union generals Robert H. Milroy and Robert C. Schenck at McDowell on May 8. From there, Jackson went the length of the Valley and crossed Massanutten Mountain back to the east, uniting with Confederate general Richard S. Ewell to defeat Banks at Front Royal on May 23. Banks withdrew toward Winchester, where Jackson defeated him again on May 25. Jackson then wheeled to deal with the remaining Union troops in the area, nimbly pirouetting between the closing pincers of Frémont and McDowell's men at Cross Keys and Port Republic on June 8 and 9. Jackson's successes catapulted him to fame in the Confederacy.