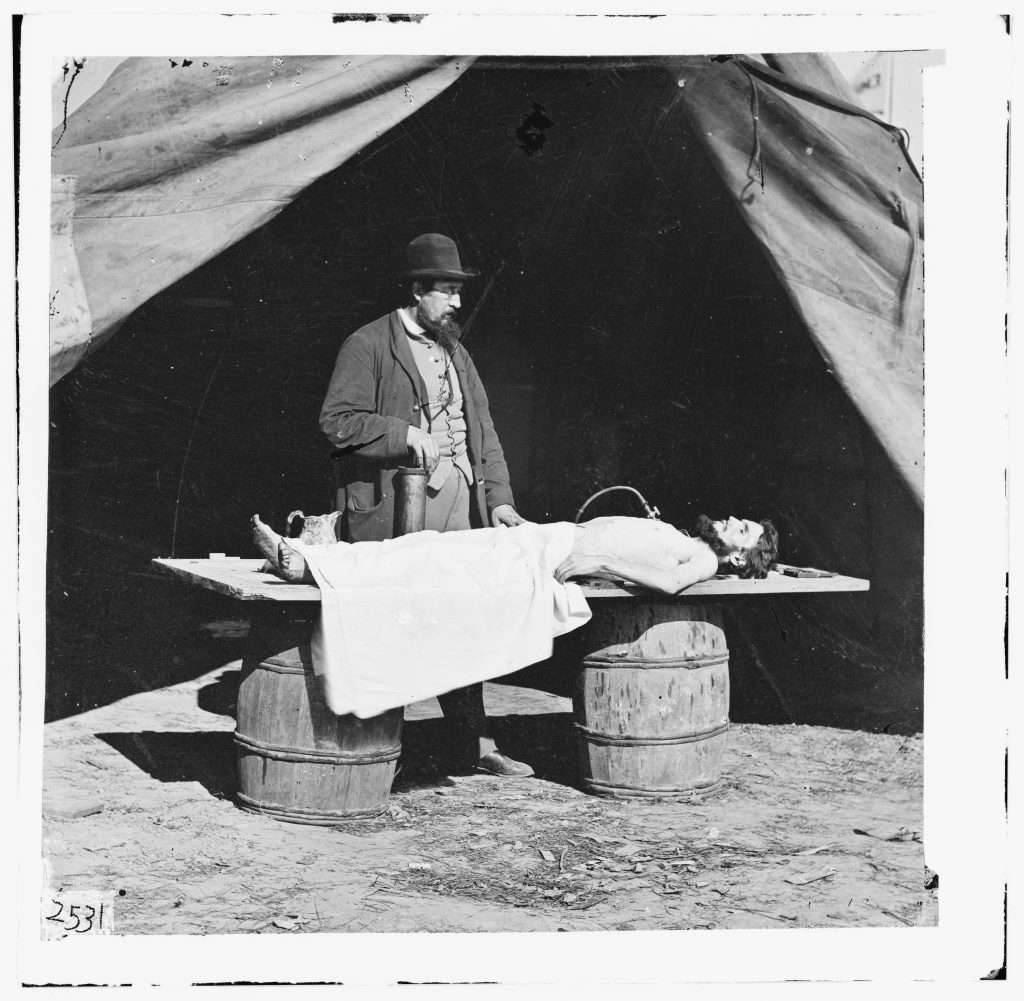 In this glass-plate photograph identified as an "embalming surgeon at work on soldier's body," a technician sets to work on the chemical process that helps preserve dead bodies. New embalming techniques that had been developed in the United States just before the Civil War were widely used during the conflict, and embalmers often followed the army in the field in order to preserve corpses for distant families. Professional embalmers, however, were often viewed with suspicion, and many were accused of unethical practices and of charging exorbitant rates. One Northern journalist described an embalmer who was following Union troops during the Peninsula Campaign of 1862 in less than flattering terms: "He was a sedate, grave person, and when I saw him, standing over the nude … corpse, he reminded me of the implacable vulture … His battery and tube were pulsing like ones heart and lungs, and the subject was being drained at the neck … 'If you could only make him breathe, Professor,' said an officer standing by. The dry skin of the embalmer broke into chalky dimples, and he grinned very much as a corpse might do: 'Ah!' he said, ' then there would be money made.'"