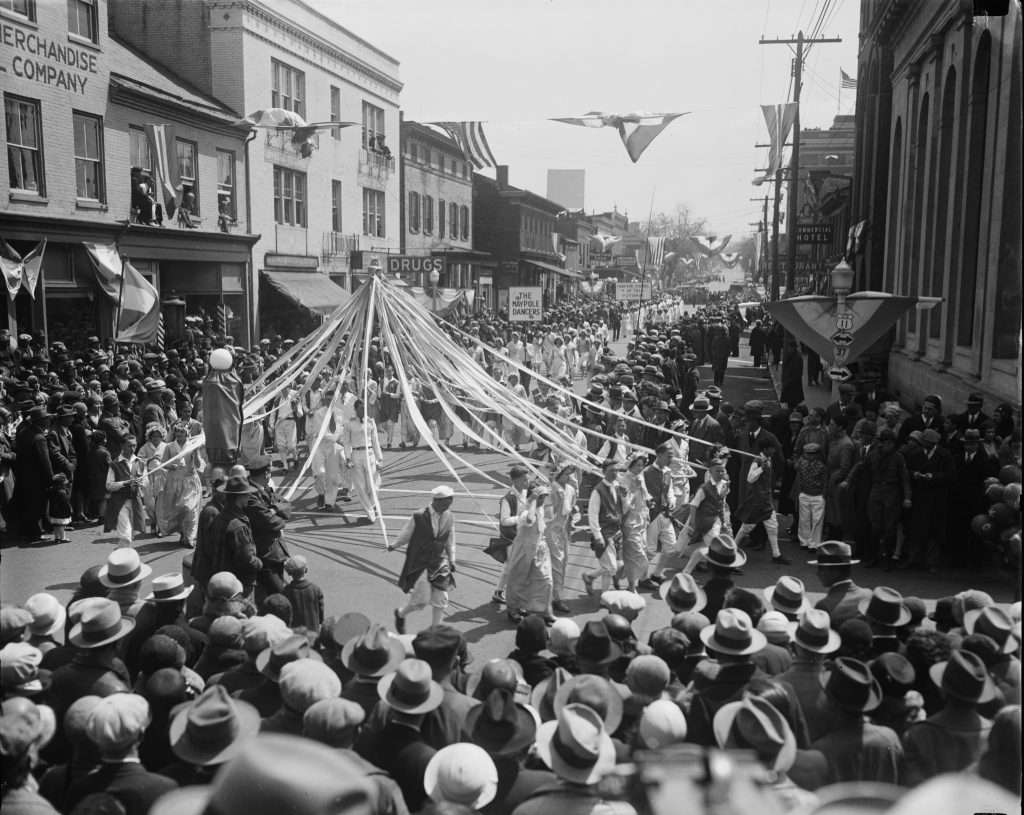 Young people in costume hold a maypole as they parade through the streets of Winchester on April 24, 1930, to celebrate the annual Shenandoah Apple Blossom Festival. Sue Pollard, the daughter of Governor John Garland Pollard, was crowned "Queen of the Apple Blossoms" that year. The festival, which began in 1924, was designed to promote the Shenandoah Valley and its apple industry. The influential politician Harry F. Byrd, who was raised in Winchester and was involved in the apple business, helped organize the festival which, he wrote, was "conceived and arranged to bring visitors from far and wide to Winchester and Frederick County that they might see the grandeur of our land at the time of its greatest beauty—apple blossom time."