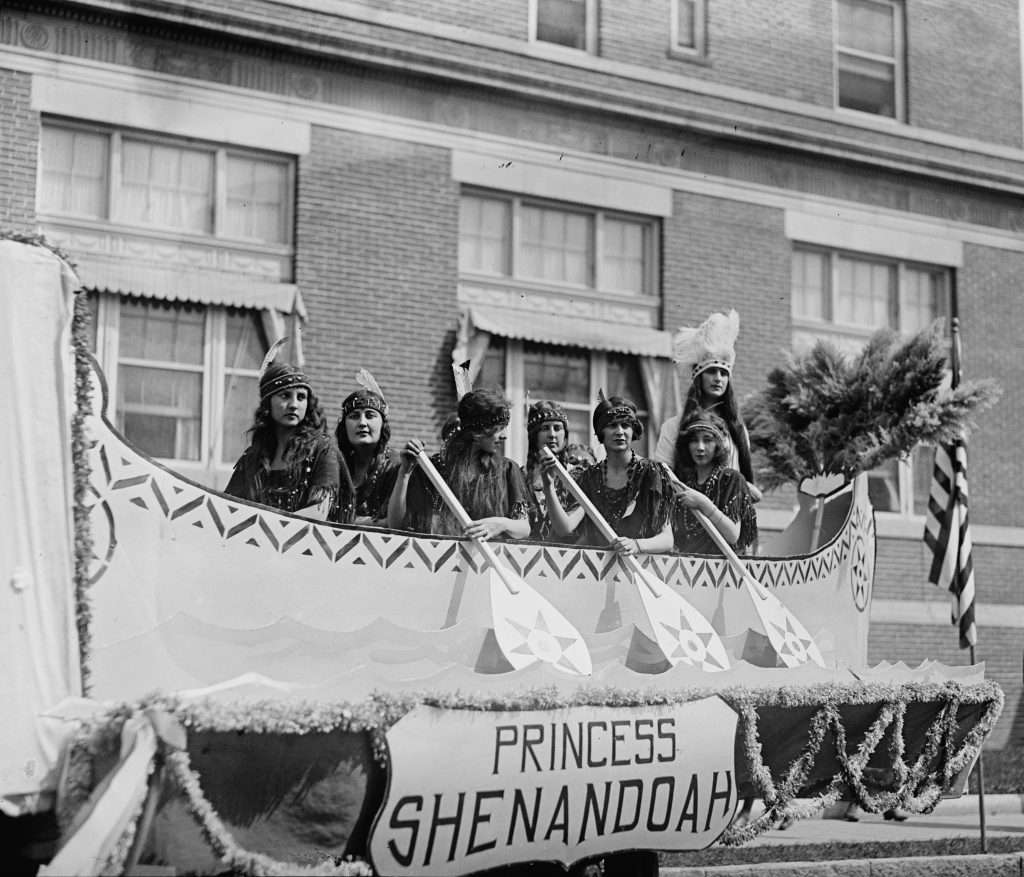 Festival Queen and Her Court of Princesses

Princess Shenandoah, the queen of the Shenandoah Apple Blossom Festival in 1925, stands behind her court of princesses at the back of a float during the festival's annual parade in Winchester. The official events that year highlighted the arrival of white settlers into the Shenandoah Valley during the colonial period and their encounters with the local Indians.Those interactions were depicted as having been peaceful and harmonious.