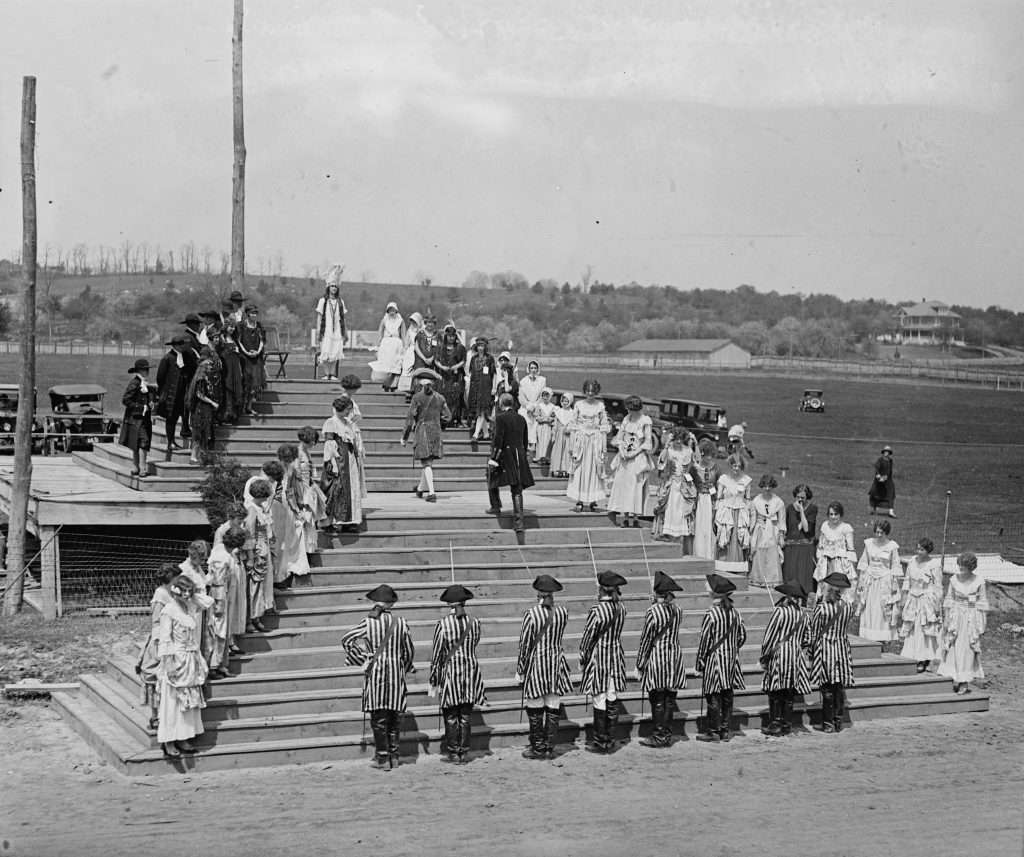 In a pageant enacted during the April 1925 Shenandoah Apple Blossom Festival, a man dressed in powdered wig and colonial garb ascends a stairway to reach Queen Shenandoah, a Virginia Indian (though played here by a white woman). The official events that year highlighted the arrival of white settlers in the area and their encounters with the local Indians. Those interactions were depicted as having been peaceful and harmonious.