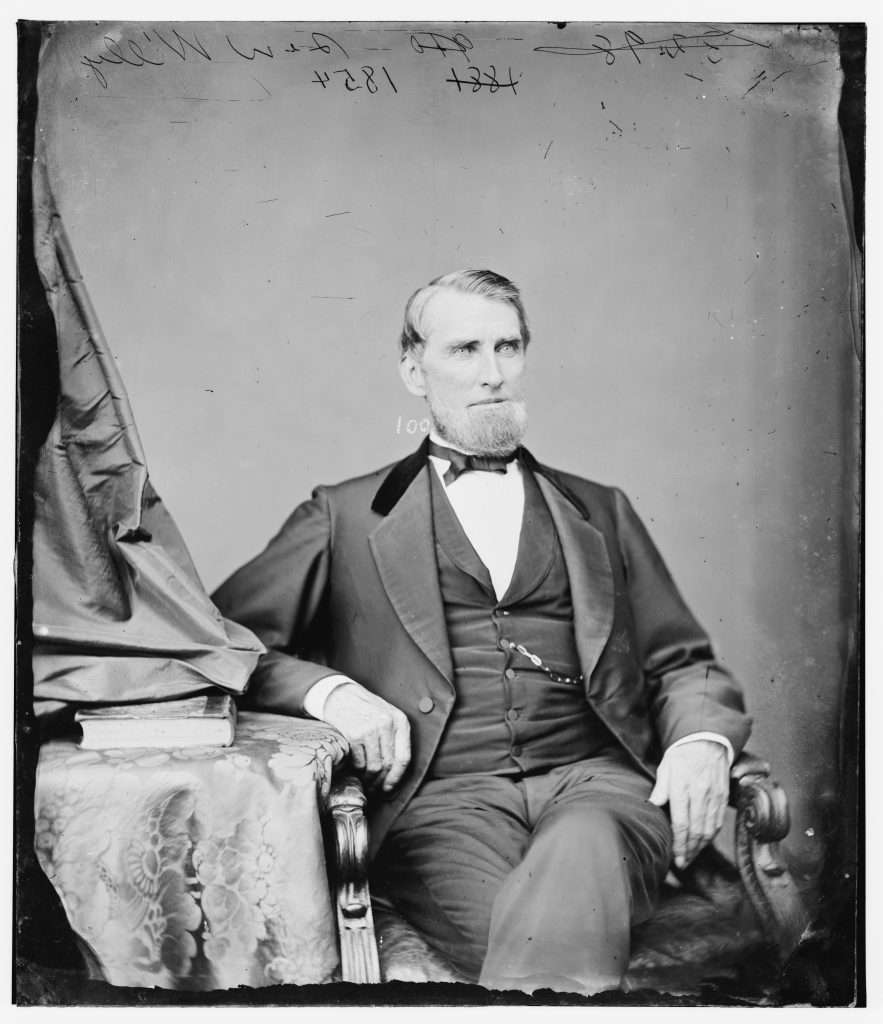 Waitman T. Willey is the subject of this glass-plate photographic portrait. Scratched into the negative at upper left (and appearing in reverse) is the identification "Sen Willy." Willey served as a U.S. senator from the Restored government of Virginia from 1861 to 1863, and as one of the first two U.S. senators from the newly formed West Virginia from 1863 to 1871.

This image is part of the Brady-Handy Photograph Collection at the Library of Congress. The collection combines the work of Mathew B. Brady and his nephew Levin D. Handy, who ran several photographic studios in Washington, D.C. The majority of the negatives are portraits taken during and after the Civil War, but the collection also includes views of Washington, D.C.