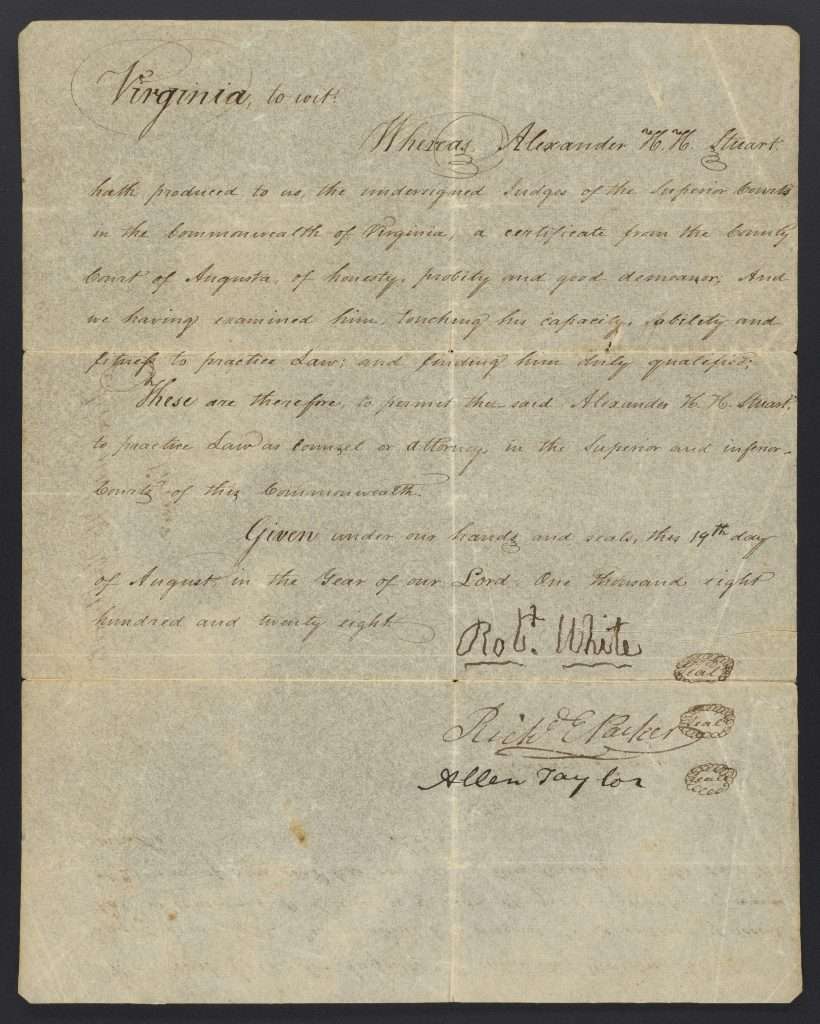 This handwritten document, dated August 19, 1828, certifies that Alexander H. H. Stuart is permitted to practice law "as counsel or attorney in the Superior and inferior Courts of this Commonwealth." Three sitting judges approved the license, citing Stuart's legal ability after having examined him, and also noting his "honesty, probity and good demeanor," which were attested to in a certificate issued by the county court of Augusta.