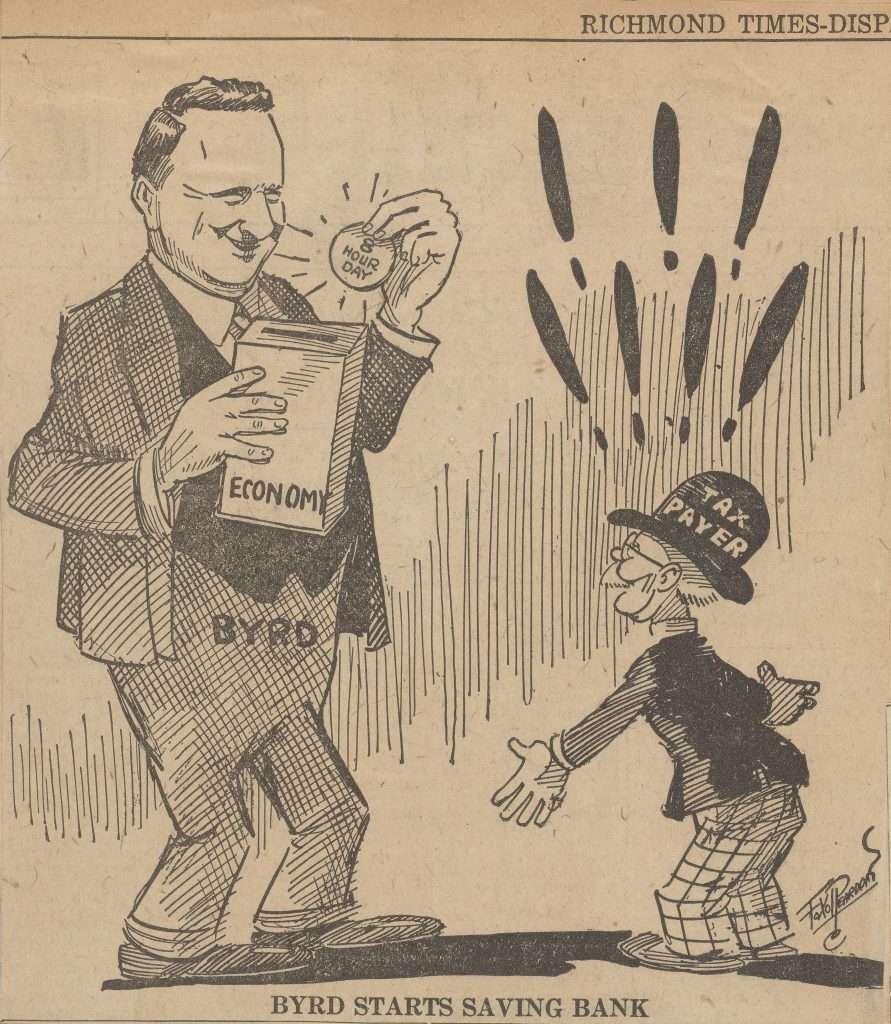 A political cartoon published in the Richmond Times-Dispatch portrays Harry F. Byrd as a politician who will save money for the taxpayers of Virginia. This cartoon was probably created just before or after Byrd was elected governor in 1925. Byrd collected political cartoons that concerned his career, and this newspaper clipping is included in a family scrapbook devoted entirely to his gubernatorial campaign.