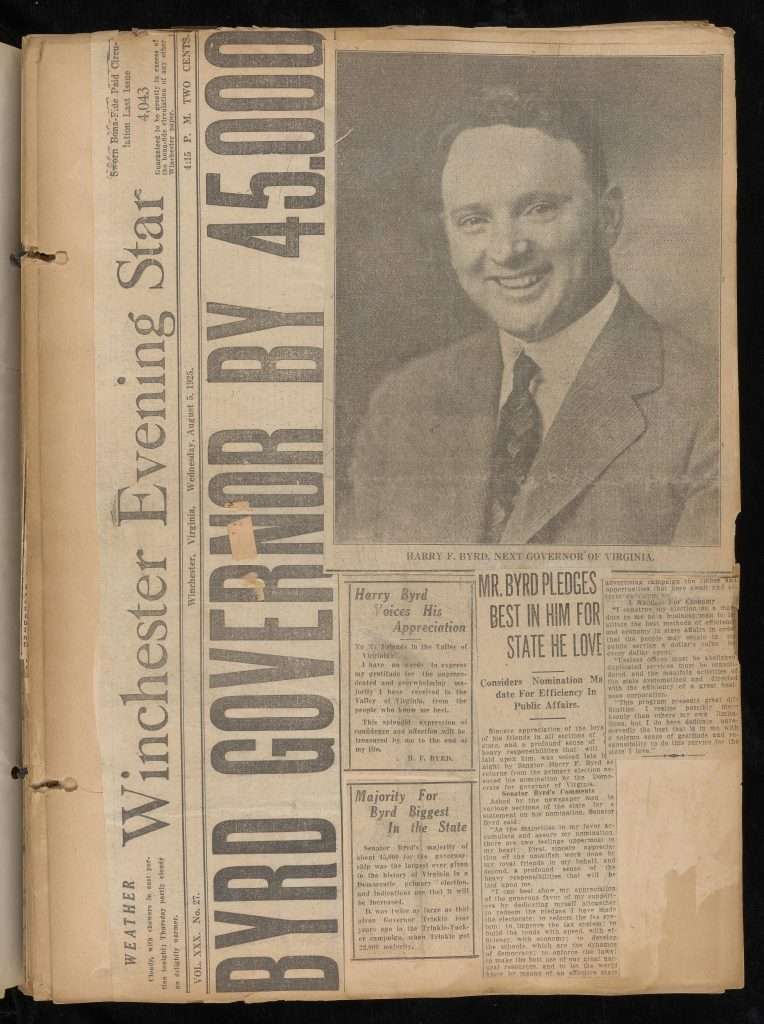 A banner headline in the August 5, 1925, edition of the Winchester Evening Star—a newspaper owned by the Byrd family—proclaims Harry F. Byrd "Governor by 45,000" votes. In fact, the election he won was merely the Democratic primary for the upcoming November election. Following his victory in the primary, Byrd issued a statement that read, in part, "I construe my election as a mandate to me as a business man to institute the best methods of efficiency and economy in state affairs in order that the people may obtain in the public service a dollar's value for every dollar spent." Byrd won the subsequent election for governor.

These clippings are pasted in one of a series of family scrapbooks devoted to Byrd's career.