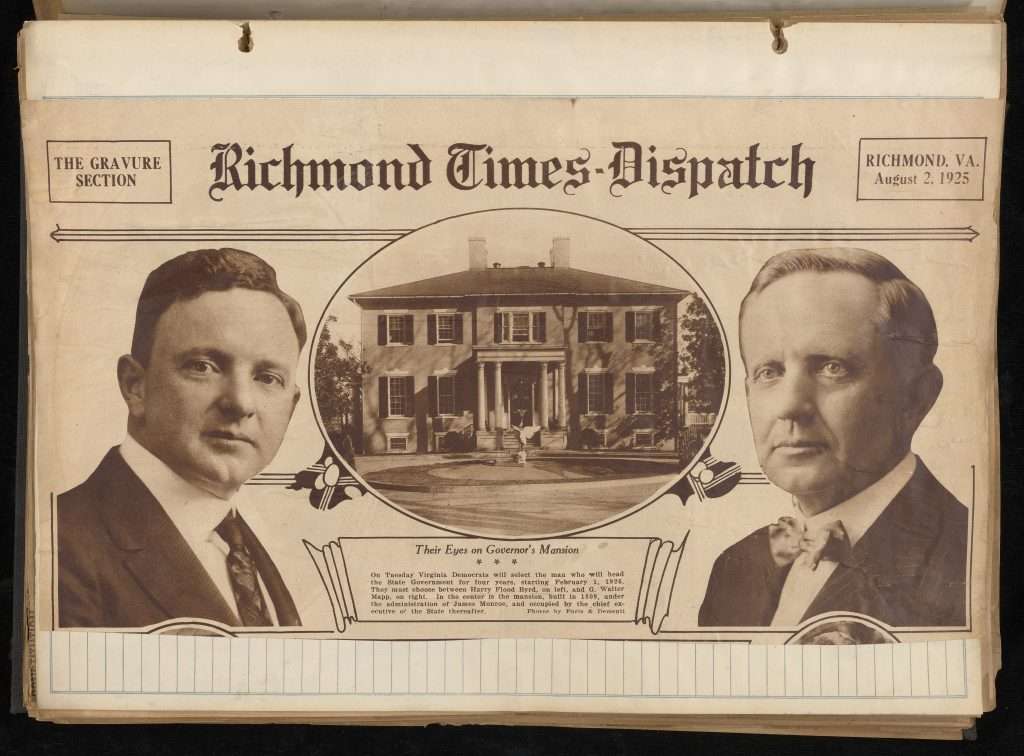 The August 2, 1925, edition of the Richmond Times-Dispatch features photogravure images of Harry F. Byrd, at left, and G. Walter Mapp, at right. The two men were vying for the Democratic nomination for governor. Byrd won the primary election two days later. This clipping is pasted in one of a series of family scrapbooks devoted to Byrd's career.