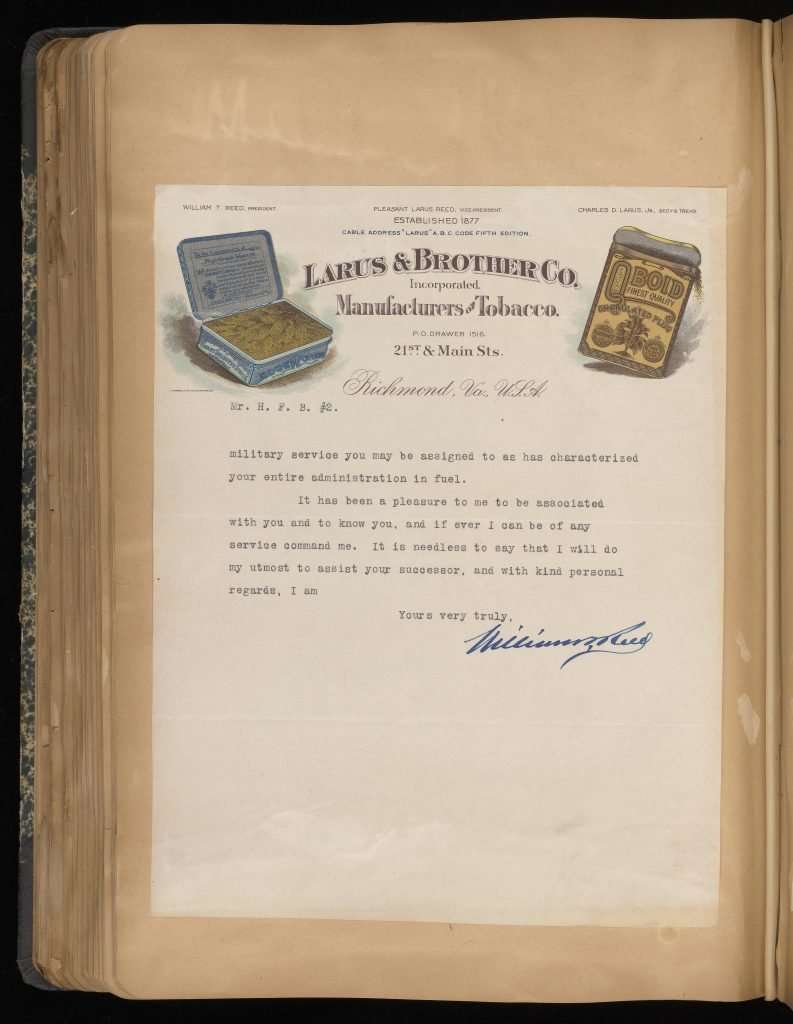 This is the second page of a September 16, 1918, letter written by William T. Reed, the president of the Laurus & Brother tobacco company in Richmond, to Harry F. Byrd. Byrd had just resigned his post as the state fuel administrator and Reed praised Byrd's skill in that position.