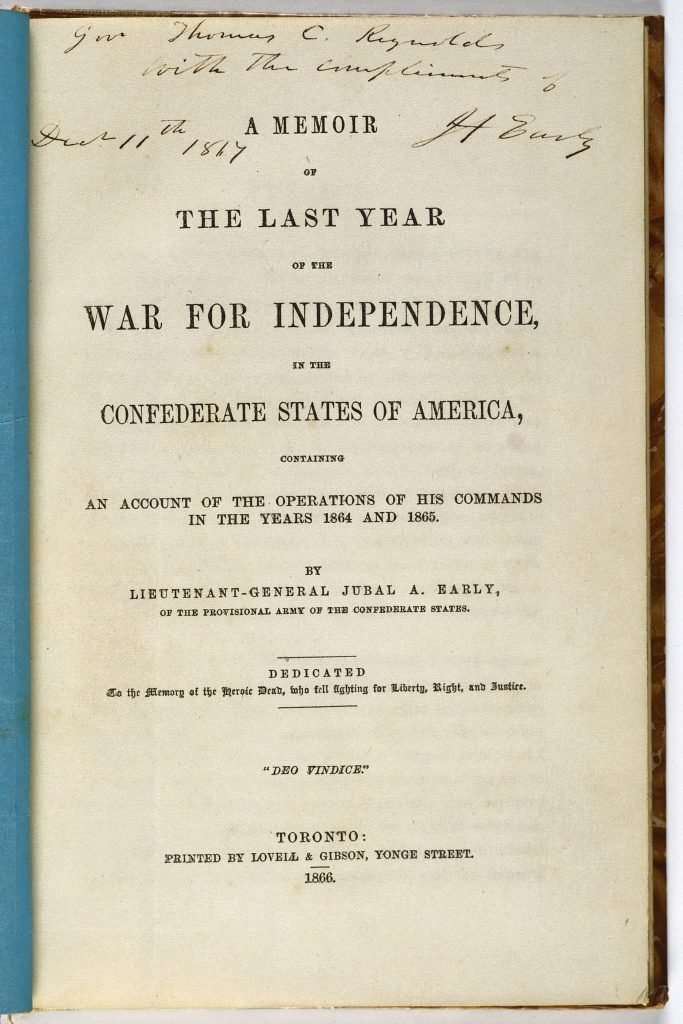 The title page of Jubal A. Early's A Memoir of the Last Year of the War for Independence (1866) is inscribed to "Gov Thomas C. Reynolds with the compliments of JA Early" and dated December 11, 1867. Reynolds was serving as the lieutenant governor of Missouri when the Civil War began. Both he and the elected governor, Claiborne Jackson, had strong Confederate sympathies and were forced out of office by pro-Union political maneuvering. Reynolds and Jackson maintained that, even in exile, they remained the only rightfully elected officials for their offices. Jackson died in December 1862 and Reynolds became the governor-in-exile in the eyes of Confederate supporters. After the war, Reynolds and Early, a former Confederate general, decided to leave the country; for a time, both of them lived in Mexico.

Early's book was published in Toronto, Canada, and dedicated "To the Memory of the Heroic Dead, who fell fighting for Liberty, Right, and Justice."