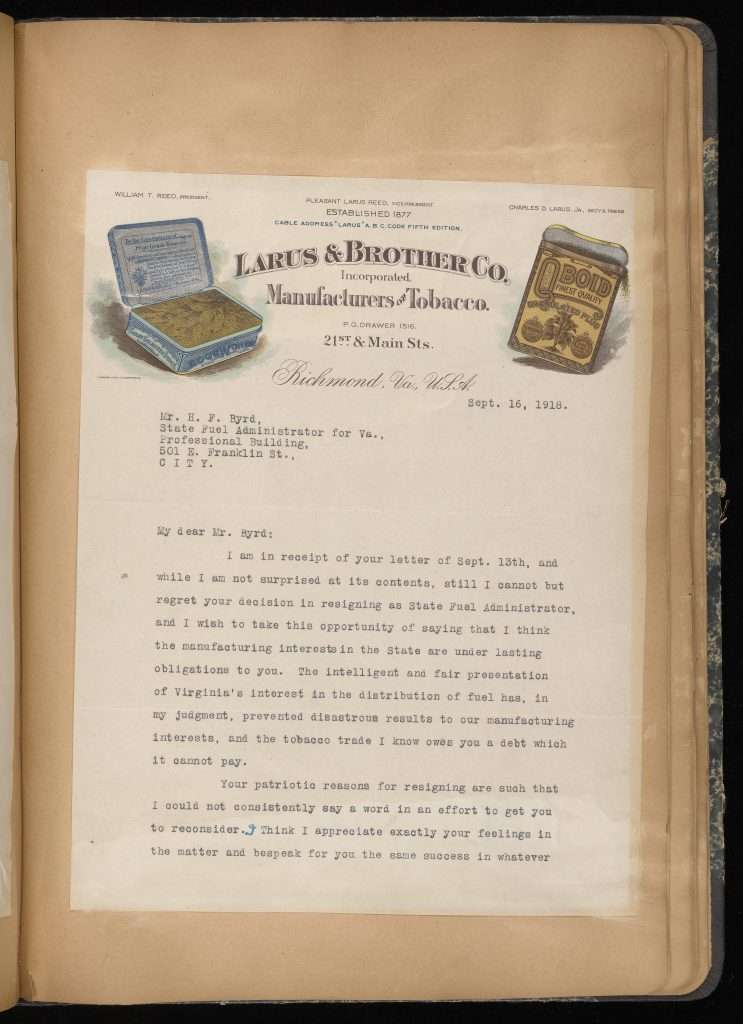 In a September 16, 1918, letter, William T. Reed, the president of the Laurus & Brother tobacco company in Richmond, commends Harry F. Byrd's service as the state fuel administrator during World War I. Byrd had just resigned his post with the intention of serving in some military capacity. Reed praised Byrd's "intelligent and fair" distribution of fuel and stated that "the tobacco trade … owes you a debt which it cannot pay." This letter is pasted into one of a series of Byrd family scrapbooks. This particular volume is entirely devoted to telegrams and letters of regret over Harry F. Byrd's resignation as the state fuel administrator.

The Laurus & Brother tobacco company's elaborate letterhead includes two lithographed advertisements for its products. The container, at right, for "Bold Granulated Plug," or chewing tobacco, claims that the product requires "no rubbing" and that the consumer will not "bite the tongue" while using it.