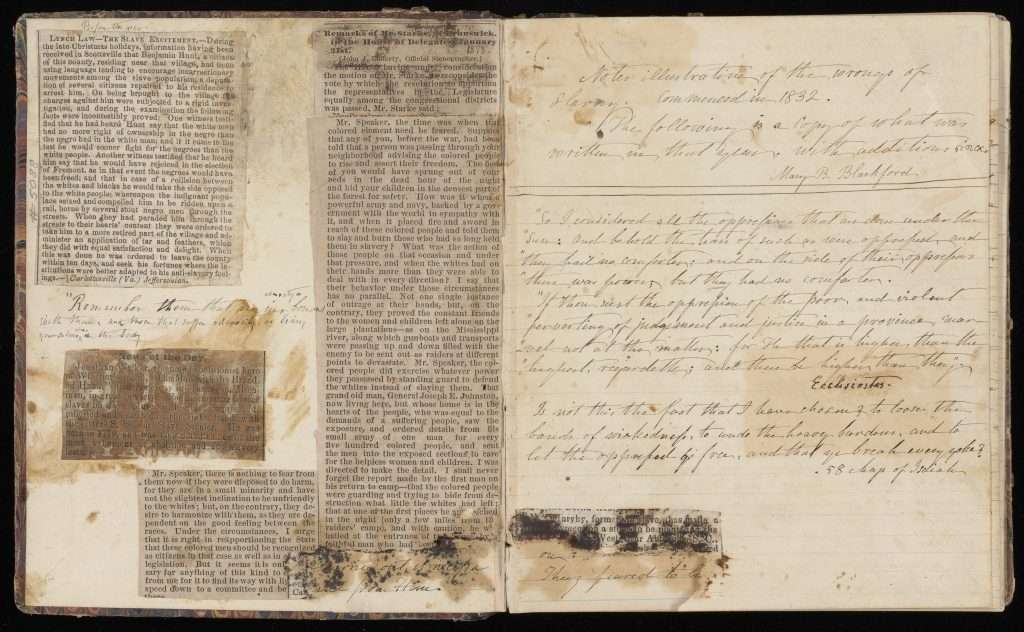 “Notes illustrative of the wrongs of slavery.”

These are the opening pages of an antislavery journal filled with newspaper clippings and assorted quotes that Mary Berkeley Minor Blackford began in 1832 and maintained for decades thereafter. On the page at right, Blackford cited quotes from the Old Testament concerning the wickedness of oppression. On the page at left, she pasted newspaper clippings from varying time periods. One news item from before the Civil War describes a man subjected to "Lynch Law" in Scottsville. In that instance, a man cited for "using language tending to encourage insurrectionary movements among the slave population" was paraded through the streets on a rail and then tarred and feathered. In contrast, the facing clipping from 1878 reports on a speech made by Peter Burwell Starke of Brunswick County in the House of Delegates. Starke argued that African Americans proved their loyalty to the white population of the South during the Civil War, despite being pressured by the Union army "to slay and burn those who had so long held them in slavery." For their role in "standing guard to defend the whites instead of slaying them," Starke contended that "these colored men should be recognized as citizens" in apportioning representatives to the General Assembly.