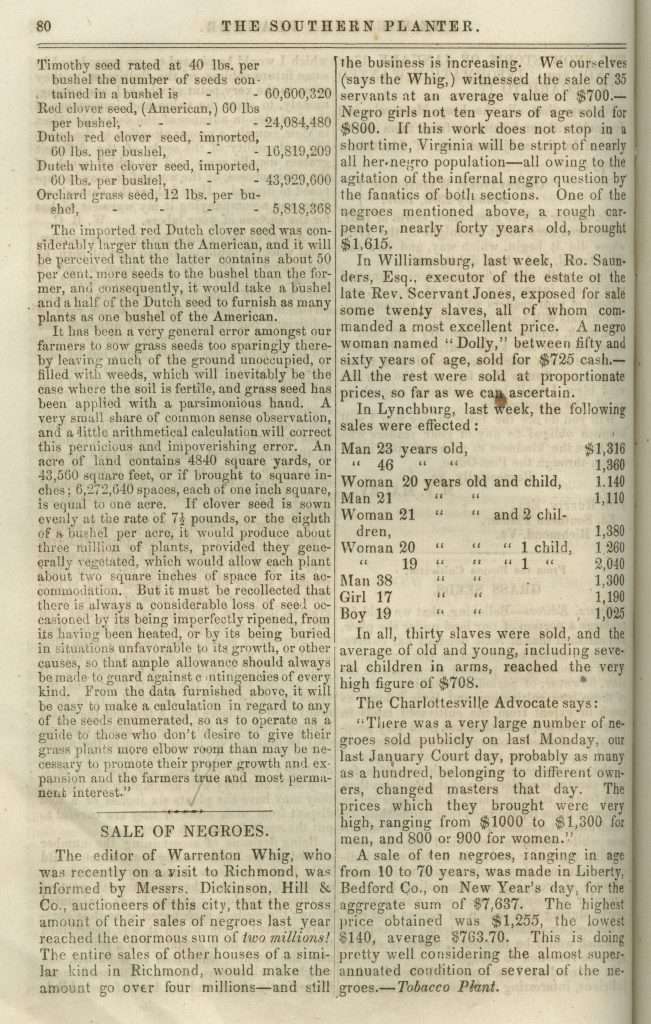 Under the title "Sale of Negroes," this article published in the February 1857 edition of the Southern Planter reports on the booming slave auction business in Richmond. An editor at the Warrenton Whig, who had recently visited Richmond, reported that he "was informed by Messrs. Dickinson, Hill & Co., auctioneers of this city, that the gross amount of their sales last year reached the enormous sum of two millions! The entire sales of other houses of a similar kind in Richmond, would make the amount go over four millions—and still the business is increasing." Despite that claim, the extant account books for Dickinson, Hill & Co., indicate that their total sales in 1856 were closer to $200,000.