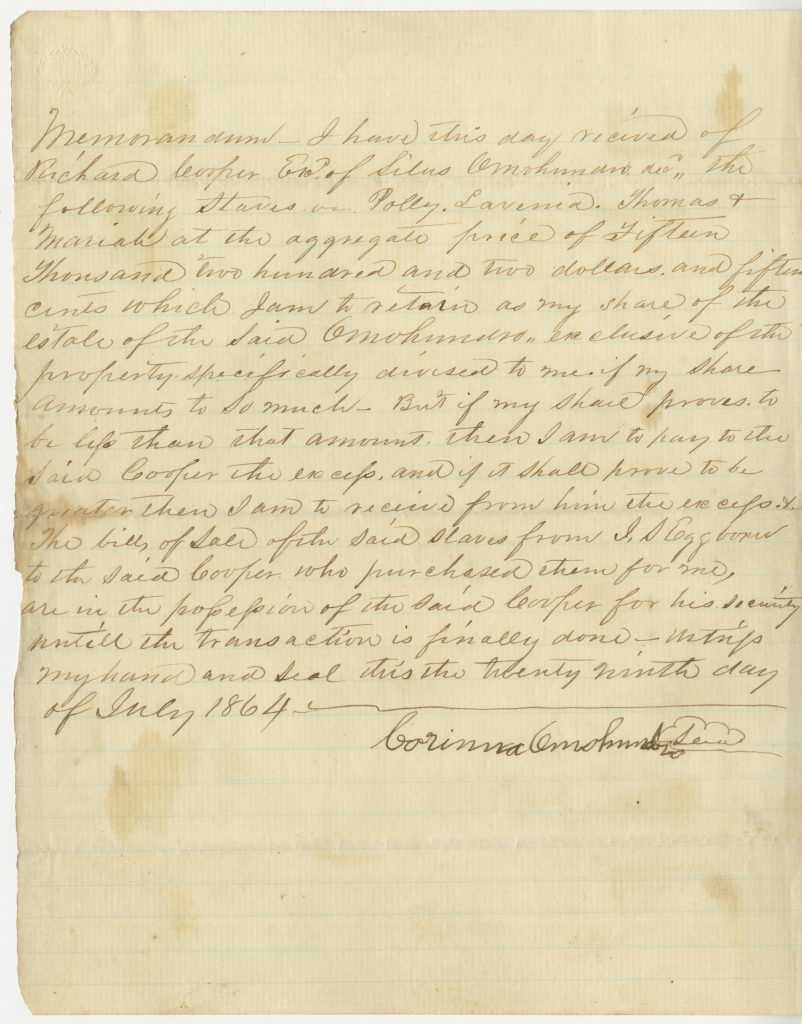 This signed and sealed legal memorandum, dated July 29, 1864, states that Corinna Omohundro, also known as Corinna Hinton, is the recipient of four slaves—Polly, Lavinia, Thomas, and Mariah—purchased for her that day by Richard Cooper. The agreement states that the slaves would remain in the possession of Cooper until the transaction was legally completed. Cooper was the executor for the estate of Silas Omohundro, a Richmond slave trader who died earlier that month. Hinton was his enslaved concubine whom he never legally married but sometimes treated publicly as his wife. They had five children who survived to adulthood. In his will, Omohundro set Hinton and their children free; he also left virtually his entire estate to her. Virginia refused to recognize a marriage between a free and an enslaved person, however, and denied Hinton the right to inherit under the terms of Omohundro's will. The estate was not settled until the 1880s.