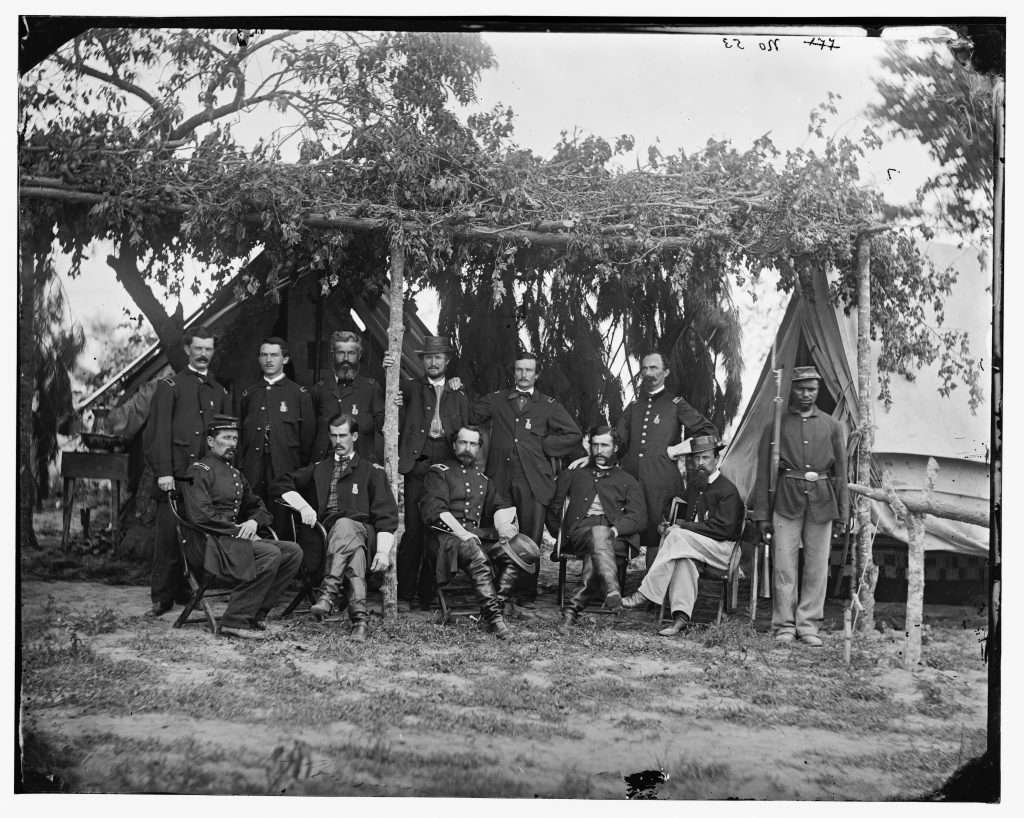 Union general Edward Ferrero, seated at center, is surrounded by his white officer staff, and a black sentry at far right in August 1864, not long after the Battle of the Crater. Ferrero commanded the Ninth Corps' Fourth Division, which consisted of 4,300 United States Colored Troops. According to the early plan for the Battle of the Crater, Ferrero and his black troops were to lead the Union assault on the Confederates in the wake of a massive underground explosion, but that original strategy was overruled by generals Ulysses S. Grant and George G. Meade. Instead, Ferrero's troops followed the initial assault and got trapped in intense fighting. General Ferrero, meanwhile, stayed behind the lines in a bunker, drinking rum with fellow commander James H. Ledlie.

This photograph was taken near Petersburg, Virginia, and most of the officers proudly display the Ninth Corps badge on their uniforms. The insignia for the Ninth Corps features a crossed cannon and anchor, a reference to the success the corps achieved along the North Carolina coast in 1862. The Battle of the Crater brought no such honor. A military court of inquiry later assigned partial blame for the debacle to Ferrero, though he was able to continue serving with the Army of the Potomac until the end of the war.