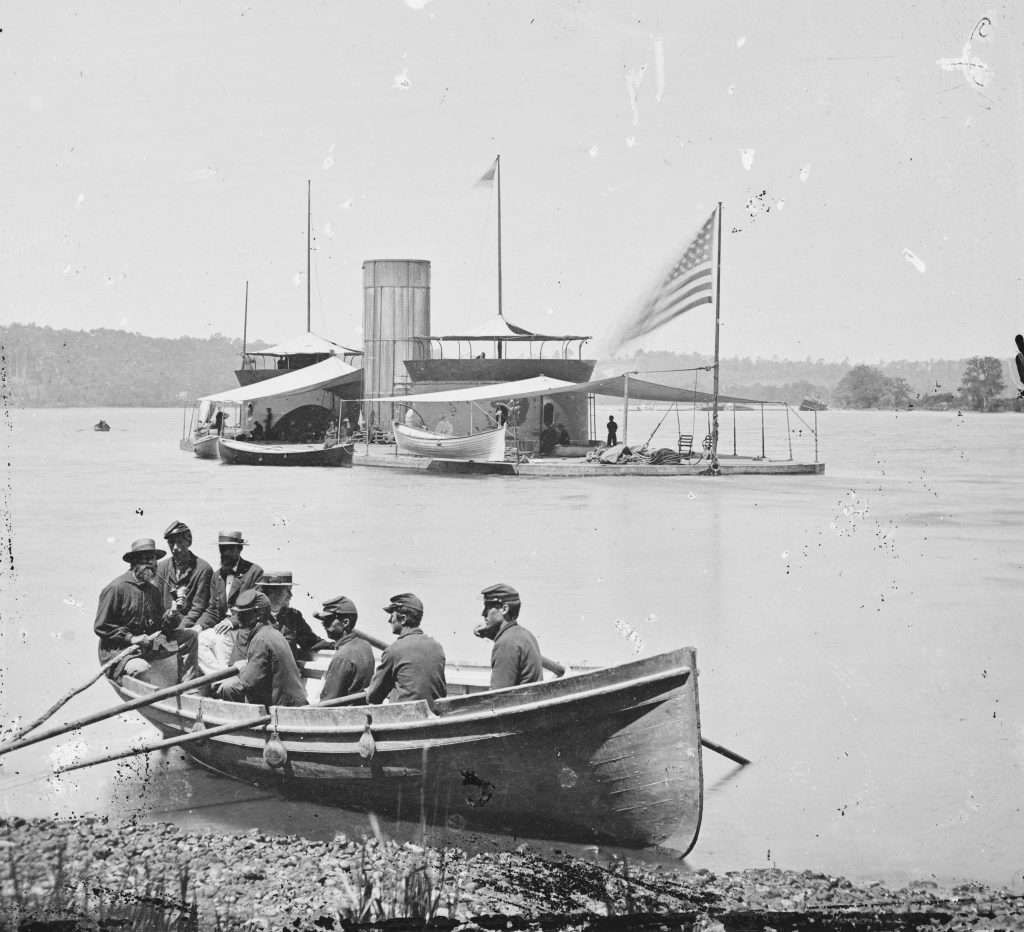 Union soldiers row out to the ironclad USS Onondaga, which floats on the James River sometime in 1864 or 1865. The bearded man smoking the long pipe appears to be pushing off from the pebbly shore with a long wooden branch. Behind and to the right of the Onondaga can be seen river obstructions—probably sunken paddlewheelers—designed to prevent easy navigation by the enemy.

Built in New York and commissioned in March 1864, the Onondaga was a monitor-class vessel, meaning that it was based on the design of the Union's first ironclad, the USS Monitor, that was famously described as looking like a cheesebox on a raft. Except for adding a second gun turret, the Onondaga copied the Monitor's basic design by floating as low in the water as possible, which protected its hull and made the ship a difficult target for Confederate gunners. If threatened by the Confederate James River Squadron, the Onondaga crew could remove the canvas awnings shown here, which protected the sailors from the sun, and even dismantle the chimney, clearing the deck of nearly anything that could serve as a target. The low-lying design worked well for inland river action, but the ships were notoriously unseaworthy.

The Onondaga fought near Chaffin's Bluff in January 1865 and was decommissioned in June. It was eventually sold to France and had a long service in the French Navy.