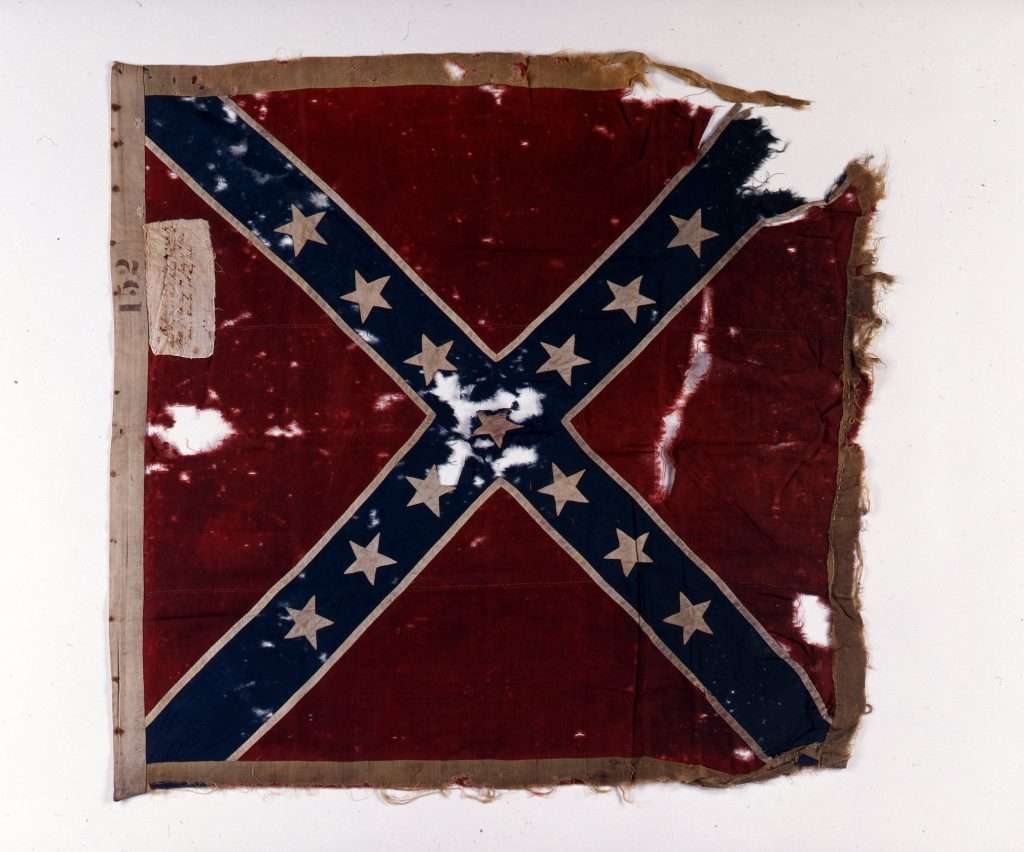 This Confederate battle flag, captured during the Battle of the Crater, evidences extensive battle damage, including a missing upper right corner. The hand-sewn flag of wool, cotton, and canvas was the standard for the 49th North Carolina Infantry. That unit was posted adjacent to the Union mine that exploded on the morning on July 30, 1864, opening up a huge crater in the ground that was soon swarming with Union troops. The 49th North Carolina held its position at the edge of the Crater until reinforcements could arrive. One of its officers later wrote that "our troops were clinging to the works with the tenacity of despair and fighting with the fury of madmen."

Troops from the 43rd United States Colored Troops (USCT) charged the Confederate entrenchment and took about a hundred prisoners. Captain Albert D. Wright of the 43rd USCT was personally responsible for capturing the Confederate flag and later recounted the event: "While rushing down the breastwork, I saw a flag sticking out of a hole behind the works. Springing on top of the earth around the hole, and, pointing my empty revolver down, I drove out the color-sergeant and guard of six men, took the flag and sent it across to our line." Wounded later in the day, Wright made his way to a hospital behind friendly lines and avoided capture. He received the Congressional Medal of Honor on May 1, 1893, for his actions during the battle.