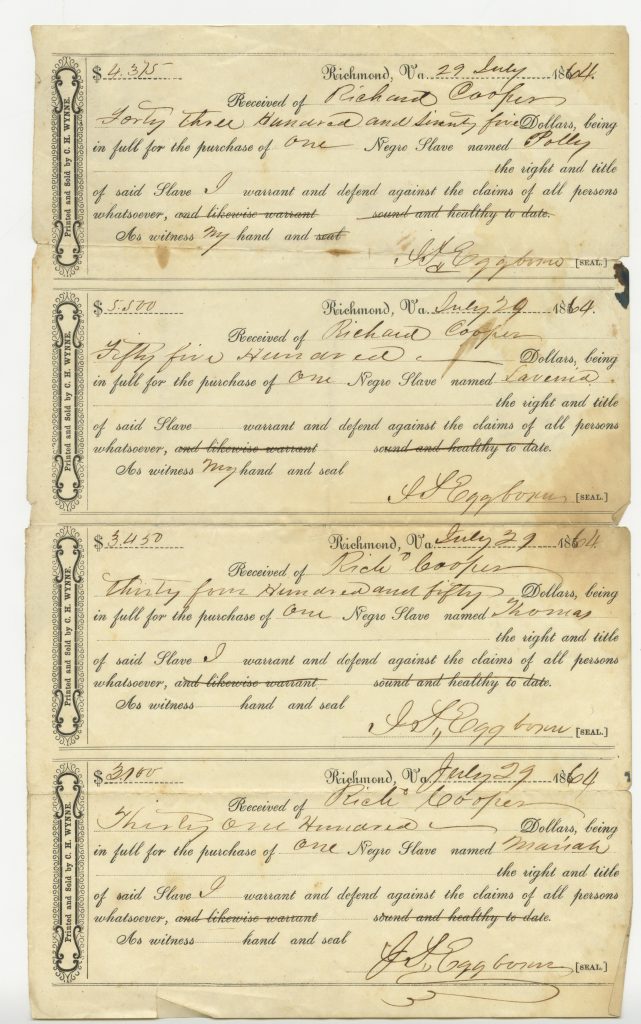 Inheritance Intended for an Enslaved Concubine

These receipts record the sale of four slaves—Polly, Lavinia, Thomas, and Mariah—on July 29, 1864, for prices ranging from $3,100 to $5,500. These extraordinarily high prices reflect the rampant inflation at the time and the imminent collapse of the Confederate banking system. J. S. Eggborn sold the slaves to Richard Cooper, the executor of the estate of Silas Omohundro, a Richmond slave trader who had died earlier that month. Cooper purchased the slaves for Corinna Hinton, Omohundro's enslaved concubine. The slaves were to be part of her inheritance, but it is uncertain whether she actually ever took possession of them. Virginia, which refused to recognize a marriage between a free and an enslaved person, denied Hinton the right to inherit under the terms of her husband's will. The estate was not settled until the 1880s.